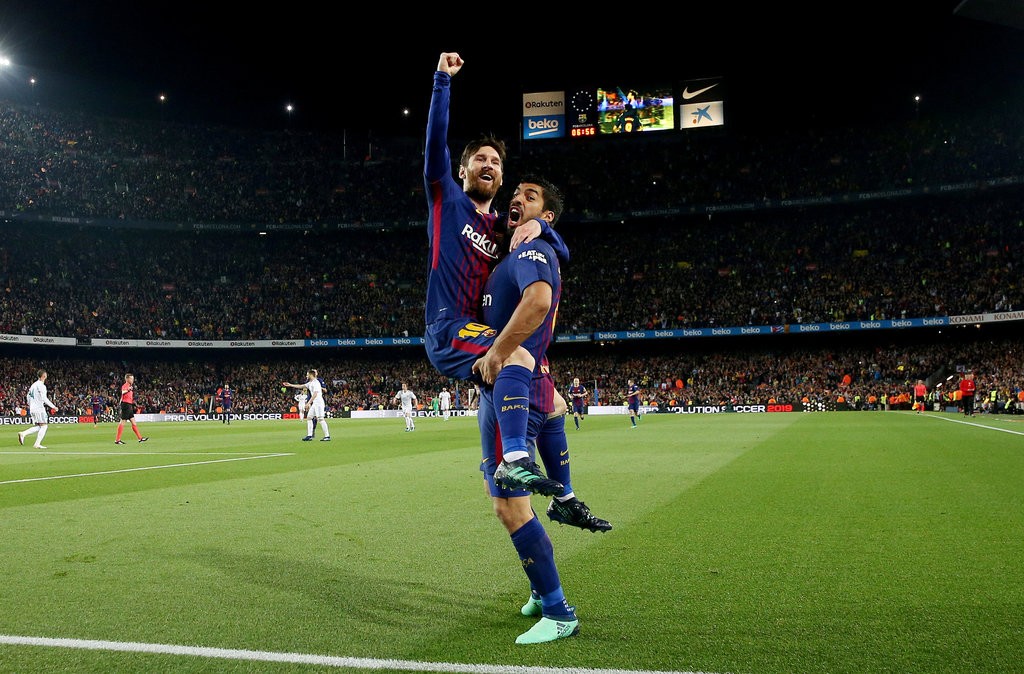 BARCELONA, Spain — Barcelona and Real Madrid showed Sunday that they don’t need titles at stake to produce a thrilling game.

With Barcelona having already clinched the Spanish league title and Madrid focused on its Champions League final later this month, it was supposed to be the most low-key Clásico in years.

Instead, the Camp Nou was treated to a heated contest and four goals, including Lionel Messi’s strike that ensured Barcelona salvaged a 2-2 draw despite playing a man down for the whole second half and remained undefeated in the league this season.

When asked if the match had lived up to its “decaffeinated” billing, Barcelona Coach Ernesto Valverde said: “Decaf? It had extra caffeine. Both sides always want to win a game like this.”

Ronaldo also scored and gave Madrid’s fans a scare when he sustained a leg injury and needed to be substituted at halftime. Ronaldo took a knock to his lower right leg when he scored in the 14th minute, canceling out Luis Suárez’s opener in the 10th minute.

Madrid was dominating the match when Barcelona right back Sergi Roberto was shown a direct red card during first-half injury time for swiping his hand at Madrid defender Marcelo’s face as tempers flared.

But Messi came to the hosts’ rescue, sending the ball past Keylor Navas in the 52nd minute to swing the match back in Barcelona’s favor despite playing a man down.

Gareth Bale pulled Madrid level in the 72nd after curling in a pass by substitute Marco Asensio.

Madrid Coach Zinedine Zidane said that he wasn’t worried about Ronaldo being able to play in the Champions League final against Liverpool on May 26.

“He doesn’t feel good now, but I don’t think it is anything serious,” Zidane said. “We will have him ready.”

Remembering Osho on his Mahaparinirvana Day
22 hours ago

India vaccine developer warns some to avoid shot
18 hours ago