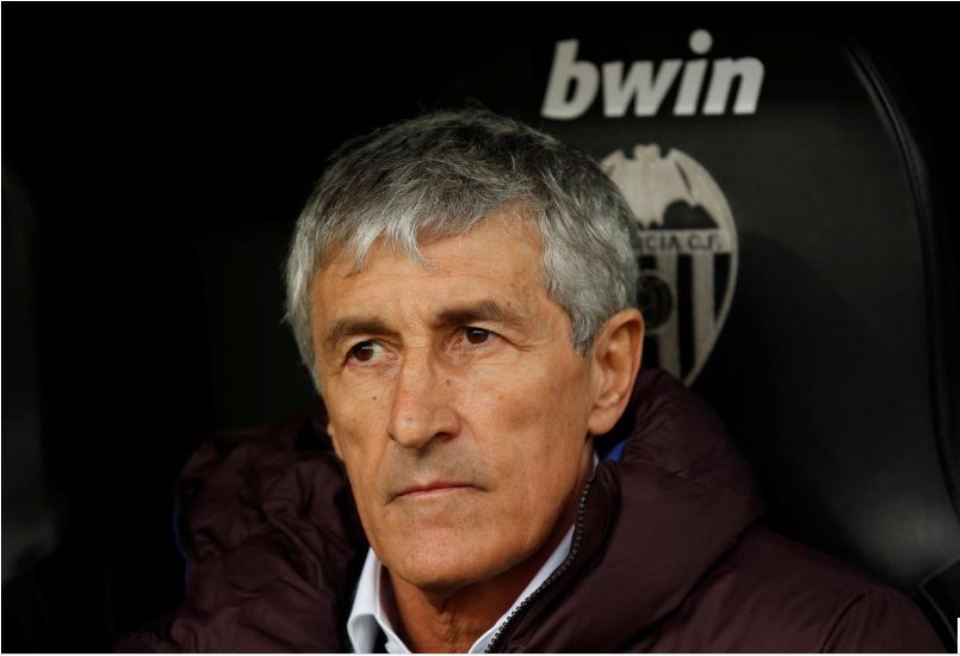 VALENCIA, Jan 26: Barcelona coach Quique Setien admitted he is struggling to get his ideas across to his players after the champions were beaten 2-0 away to Valencia on Saturday, their first defeat since the coach took over from Ernesto Valverde earlier this month.

They were fortunate not to go behind early in the game as Marc-Andre ter Stegen saved a penalty from Maxi Gomez but Valencia went ahead after the interval through a Jordi Alba own goal and sealed victory with a late strike from Uruguayan Gomez.

“They still haven’t interpreted what I have been telling them or perhaps I am not explaining things well. No-one will like our performance today,” Setien told a news conference after the game, in which his side had 74% of possession.

“Valencia were committed, they closed us down and we have a lot of things to correct.”

As in their 1-0 win over Granada last week in Setien’s first game in charge and the 2-1 victory over Ibiza in the Copa del Rey, Barca monopolised control of the ball but made hard work of opening up their opponents.

“We made passes for the sake of them and could not get forward often enough. That’s not we have been working towards,” added the 61-year-old, who is known for his commitment to possession football but has never won a major trophy.

“We did not play well at all in the first half and the only positive note was that it ended 0-0. We got more into the game in the second half but that is not good enough for us.”

Barca midfielder Sergio Busquets said the team grew into the match and there were reasons to be positive in spite of the defeat.

“We attacked a lot more in the second half but we couldn’t take our chances. We need to try and adapt to the ideas of the new coaching staff,” he said.

“There have not been that many changes but it’s a different way of playing. Despite the defeat, we played well in the second half, we controlled the game and created opportunities to score.

“But today goals are what count and Valencia took their chances better than we did.”

Barcelona still top the La Liga standings but could be overtaken by Real Madrid who face Real Valladolid away on Sunday.

PM Oli fails to secure parliament’s confidence, what next now?
22 hours ago

President initiates process to form new govt, asks opposition parties to stake claim for new PM by May 13
20 hours ago