Barca looking for a win against newly promoted Catalan side 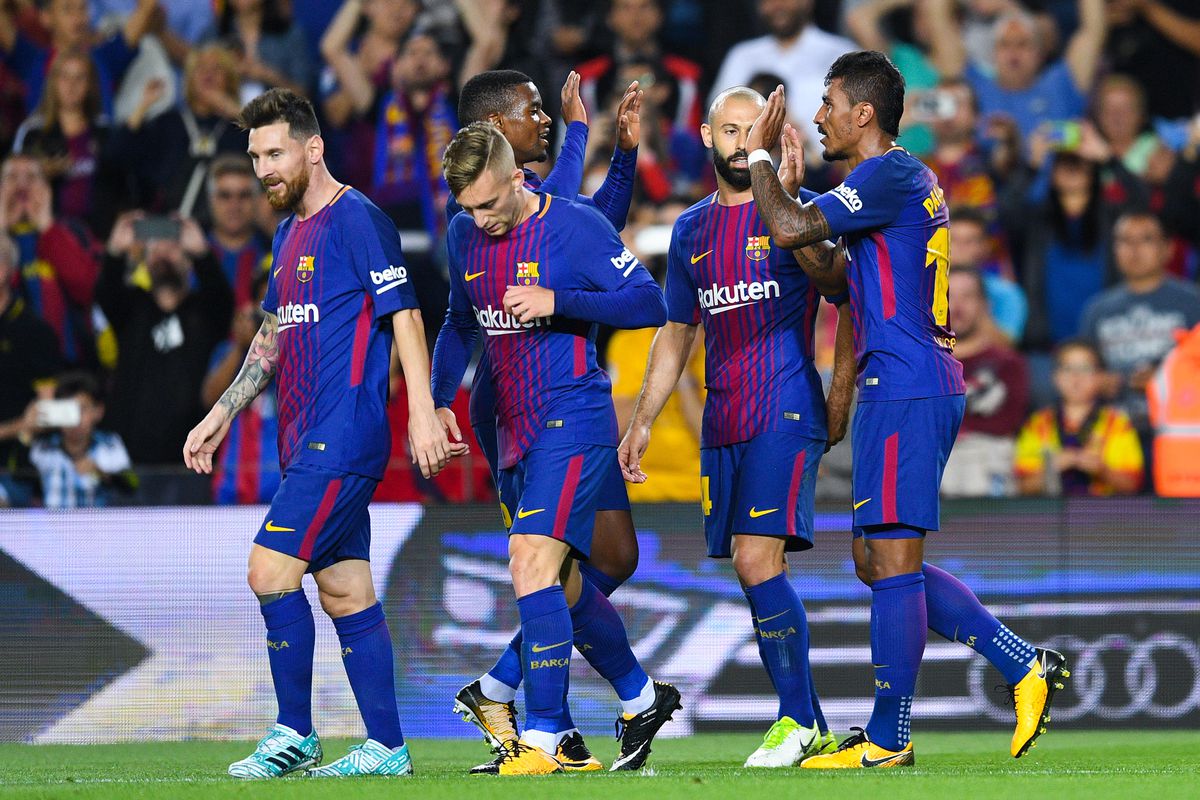 BARCELONA, Sept 22: Local derbies hold a special place as far as football is concerned. Without stating the obvious of the heated local rivalries in derbies, some also have tremendous impact on a community, a city or a whole nation. Catalan derby is no less exciting or pulsating in Spain.

Barcelona and Espanyol are never fond of each other, and both of them don’t want to lose when they play each other. Now, a new team from Catalonia is playing in the Spanish top flight as Girona.

With the fifth straight win of the new La Liga season, Barcelona wants to extend their winning run when they face Girona at the Estadia Municipal de Montilivi Stadium on Sunday. It’s the first top flight campaign for Girona, and this encounter will hold a memorable place for the both the Catalan teams.

Barcelona, fresh from the 6-1 win against Eibar last time out, will surely be hoping to get a victory away from home, while Girona played a goalless draw in Leganes.

League leaders Barcelona have now scored 17 goals and conceded two in just five games of the new season while 15th placed Girona are just a point away from safety with five points after drawing against Atletico Madrid 2-2 in the first match followed by a 1-0 win at home and two back-to-back losses at the hands of Athletic Bilbao and Sevilla.

Girona is the seventh Catalonian team to play in La Liga, after it was formed in 1928. The clubs include Sabadell, CE Europa, Gimnastic Tarragona, Lleida and Condal, excluding Barcelona, which has never been relegated, and Espanyol, which has missed four top flight seasons till date.

Barcelona’s Rafinha and Arda Turan are still out of the team with their respective injuries, while new signing Ousmane Dembele, who underwent surgery after a hamstring injury, is expected to be out till Mid-January next year. After rotating necessarily, Ernesto Valverde has given Gerard Deulofeu and Nelson Semedo a rest, keeping in mind the midweek game against Sporting on the horizon, while Thomas Vermaelan is still not in the team. Andres Gomes is back in the squad list with Paco Alcacer, who were not in the team against Eibar.

Valverde played Nelson Semedo against Eibar, who was on the bench, but didn’t start in Getafe, Mascherano in place of Samuel Umtiti, Lucas Digne in place of Jordi Alba and Paulinho in place of Ivan Rakitic. Denis Suarez played instead of off-form Luis Suarez and Gerard Deulofeu, who played as a replacement of injured Dembele. Sergi Roberto, who came in the 63rd minute in place of Andres Iniesta, may get some game time against Girona as he is included in the list, while Valverde would likely play Rakitic for Sergio Busquets to give him a rest for the Champions League clash.

Messi will surely start again, while Luis Suarez or even Alcacer can get some playing time along with Umtiti and Javier Mascherano at the back. Gerard Pique should may as well not play this time, while Alba can start in place of Digne.

Girona, on the other hand, will be without Carles Planas with a physical discomfort and David Timor with a foot injury and is expected to be out for some weeks.

Defenders Pedro Alcala and Juanpe would start again as the pair won 10 duels combined against Leganes. Pablo Maffeo and Johan Mojica also played well in the last game and manager Asier Garitano would hope to utilize Nordin Amrabat and Erik Moran, who stayed on the bench.

Barcelona and Girona, of course, have never played against each other in any official matches, but the latter lost to the 24-time league champion 2-1 in a friendly in 2011. Although Gaizca scored first for Girona, Barcelona’s Lobato and Riverola made it 2-1 within the hour mark.

Barcelona would want to make it 18 points from the first six games in La Liga while Girona would avoid going further down in the table. But, taking a point out of Barcelona will be a great thing as they hope to utilize the home crowd and get something out of the game.

Lionel Messi, however, would have some other ideas in his mind, to get a win and add to his wonderful tally of nine goals. Paulinho and Denis Suarez, who scored a goal each against Eibar in the last game, would be hoping for some game time and impress their new manager.

BARCELONA, Nov 3: Barcelona plays Sevilla at the Camp Nou on Saturday, in a bid to extend their unbeaten run... Read More...