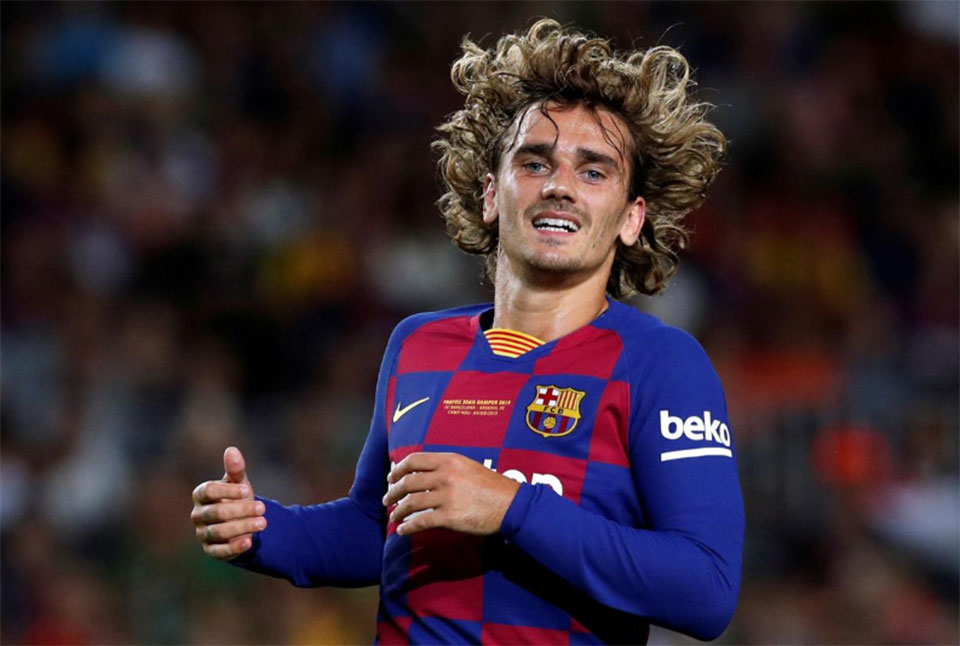 BARCELONA, Aug 22: Barcelona forward Antoine Griezmann is under pressure to deliver in his home bow against Real Betis on Sunday with the La Liga champions facing an injury crisis in attack as they look to respond to last week’s surprise defeat at Athletic Bilbao.

The 1-0 loss was Barca’s first opening-day defeat in 11 years and their early-season jitters were further compounded when striker Luis Suarez and electric winger Ousmane Dembele were ruled out for at least a month with muscle problems.

Lionel Messi missed the trip to Bilbao with a calf injury and although Barca’s all-time top scorer has returned to training, he is unlikely to be handed a starting berth given he missed most of pre-season.

With the Catalans shorn of three of their top forwards, all eyes will be on Griezmann in his first appearance at the Camp Nou since his 120-million-euro (£109 million) move from Atletico Madrid, and not least because Barca need a win to kickstart their season.

Griezmann received a hostile reception in his last outing at Barca’s stadium after turning the Catalans down last year to stay at Atletico and he will need to improve on his drab debut display to win over supporters who felt let down by that snub.

The France forward was largely ineffective against Athletic as he struggled to influence play from wide positions and then saw even less of the ball as he moved into the centre forward’s role after Suarez had been forced off injured.

Griezmann tends to perform best when playing off a centre forward such as Olivier Giroud with France or Diego Costa at Atletico, but he will be expected to lead the attack against Betis, with Rafinha and Sergi Roberto likely to be the wide forwards and Messi potentially playing a role as a substitute.

Barca coach Ernesto Valverde challenged Griezmann to be more involved in his next outing.

“He has to be more involved in the play and always be looking to get involved,” he said.

“It is good to have him near the area because of his movement but that will only work if we completely dominate games.”

Real Madrid also play their first home game of the season on Saturday, hosting Real Valladolid after a confidence-boosting 3-1 win at Celta Vigo, although they will be without Luka Modric due to suspension.

Atletico Madrid meanwhile make the short trip to neighbours Leganes on Sunday looking to build on their narrow 1-0 win over Getafe.

MCC compact agreement cannot be amended only for Nepal: FM Khadka
6 hours ago

No one from Afghanistan will address world leaders at U.N.
9 hours ago

Enrollment begins for Sanofi and GSK Phase 3 efficacy trial of COVID-19 vaccine candidate in Nepal, led by IVI
53 minutes ago

Lending to wholesalers and retailers swells
3 hours ago