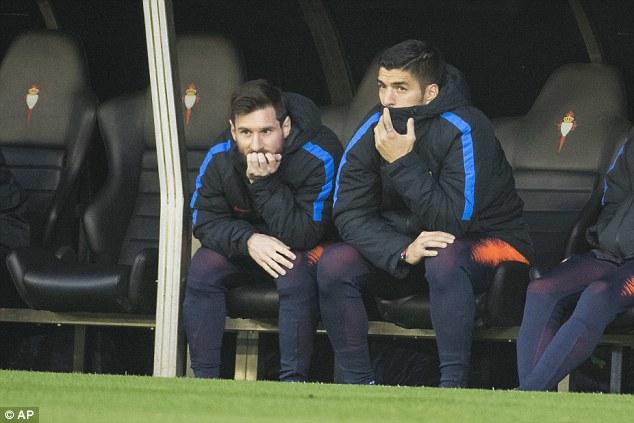 Barcelona boss Ernesto Valverde defended his decision to rotate the team against Celta Vigo, where the La Liga leaders saw their title charge held up by a 2-2 draw and had Sergi Roberto sent off.

With one eye on Saturday's Copa del Rey final against Sevilla, Lionel Messi and Luis Suarez started on the bench while Gerard Pique and Andres Iniesta were rested.

Ousmane Dembele fired Barca ahead with his first LaLiga goal before defender Jonny Castro Otto equalised on the stroke of half-time.

Paulinho put the visitors ahead again just after the hour, by which time Messi had been introduced.

However, substitute Roberto, not long on himself, saw red on 71 minutes for pulling down Iago Aspas, who made it 2-2 with eight minutes left via a somewhat fortunate deflection which looked to have gone in off his arm.

It could have been worse for Barca but for a block from goalkeeper Marc ter Stegen, captaining for the first time, to deny Celta substitute Lucas Boye a dramatic late winner.