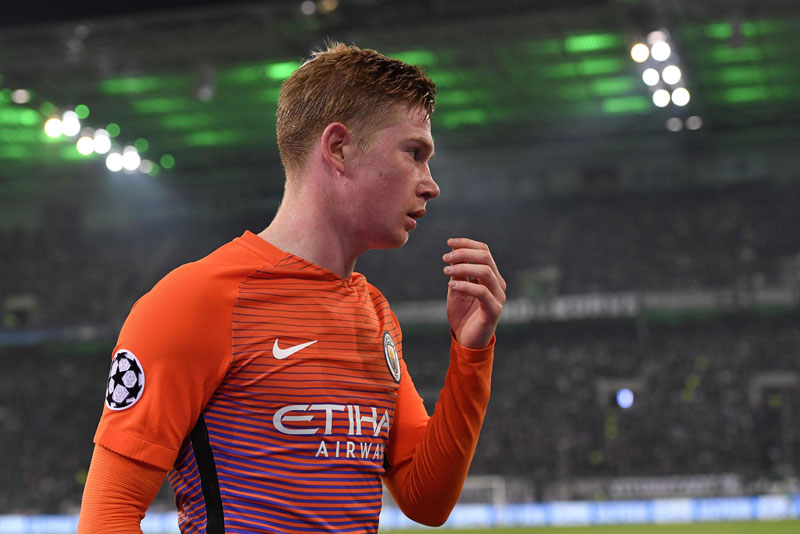 MANCHESTER, England, Nov 24: Failing to top a Champions’ League group often comes back to bite teams when the competition really gets going in the round of 16.

Maybe not this season.

Bayern Munich and Manchester City are two high-profile teams who are guaranteed to advance as runners-up following the latest round of group games in Europe's top competition on Wednesday.

Bayern surprisingly lost 3-2 at tournament newcomer FC Rostov and will finish in Group D behind Atletico Madrid, which beat PSV Eindhoven 2-0 and is the only team to have won all five of its group games.

Arsenal is likely to finish in second place in Group A after drawing with Paris Saint-Germain 2-2.

Real Madrid, the reigning champion, is another top team sitting as runner-up in a group heading into the final round of games, while Juventus and Sevilla are battling for first and second place in Group H.

It remains to be seen whether teams benefit this season from topping the group, which earns a last-16 match against a runner-up.

PSG leads Arsenal thanks to a superior head-to-head record after salvaging a draw at Emirates Stadium courtesy of Alex Iwobi's own goal in the 77th minute.

Edinson Cavani converted a cross from Blaise Matuidi to put the French team ahead, but Arsenal fought back via Olivier Giroud's penalty and an own goal by Marco Verratti.

Both teams have 11 points but PSG is top, after scoring more away goals in their two meetings. PSG and Arsenal drew 1-1 in Paris in September.

Ludogorets Razgrad and FC Basel drew 0-0, leaving them on two points each and sending their fight for third place to the final round of group matches.

Qualification could have been determined in this group on Wednesday, but a couple of draws mean three teams are fighting for two spots on Matchday 6.

Napoli could have advanced in record time a month ago, but is still not guaranteed a top-two finish after drawing 0-0 at home to Dynamo Kiev.

Besiktas rallied from an early three-goal deficit to draw with Benfica 3-3, with Vincent Aboubakar scoring an 89th-minute equalizer.

Napoli has eight points along with Benfica, with Besiktas a point adrift. Dynamo was eliminated. In the last round, Benfica hosts Napoli and Besiktas visits Kiev.

Messi steered Barcelona to a 13th straight appearance in the knockout stage by moving to nine goals for the competition this season, which is more than 20 of the 32 competing teams have managed.

Messi drove in a 24th-minute opener against Celtic before converting a penalty in the 55th, for his 92nd goal in the Champions League. Five of his nine goals in the group stage have come against Celtic, following his hat trick in a 7-0 win over the Scottish champion at Camp Nou in September.

Barcelona is four points clear of City, which earned the point it needed to qualify against Moenchengladbach when David Silva scored in first-half injury time. That canceled out Raffael's goal.

Both teams finished with 10 men, with 'Gladbach's Lars Stindl sent off and Fernandinho picking up two yellow cards for City.

Few would have imagined that FC Rostov's first-ever victory in the Champions League would come at the expense of Bayern, a five-time winner and one of the favorites this season.

Bayern had already qualified but is guaranteed to finish second in the group.

Rostov replied to Douglas Costa's opener with goals by Sardar Azmoun and Dmitry Poloz, who scored from the penalty spot. Juan Bernat equalized for Bayern before Christian Noboa curled in a 67th-minute free kick for the winning goal.

Rostov lost 5-0 in the first match between the teams, two months ago.

That meant Atletico needed only a point at home to PSV Eindhoven but the Spanish team got all three, and maintained its 100 percent record in group play. Kevin Gameiro and Antoine Griezmann were the scorers in the second half.

FRANKFURT, Nov 22: Lionel Messi is back, and that's the best news Barcelona could have ahead of its Champions League match... Read More...