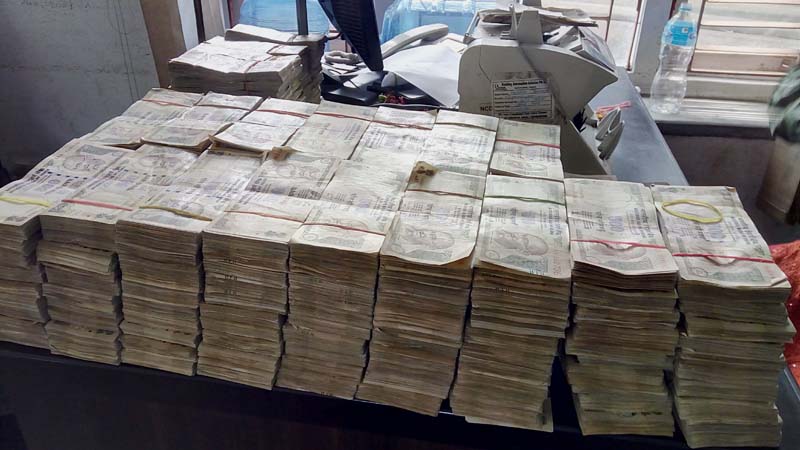 KATHMANDU, May 24: A group of racketeers have been found active in bringing the Indian bank notes of Rs 1,000 and Rs 500 into Nepal of late.

Indian government has already banned those bank notes attacking the black money and fake notes by giving a stimulated time to even exchange the notes.

Although the notes have been banned for the public transactions, the group of Indian and Nepali racketeers has been active in bringing it into Nepal.

Police has already arrested 18 racketeers from different parts of the capital with Rs 46.6 million which converts to Rs 29.6 million.

The Central Investigation Bureau (CIB) said that those notes were brought to Nepal from Haryana, says the statement of accused.

The decision is yet to be taken by Nepal Rastra Bank (NRB) and Reserve Bank of India (RBI) about the stagnant banned Indian currency in Nepal.

The NRB has proposed to exchange IRs 25,000 per person whereas the RBI is denying and has reduced the exchange limit to IRs 4,500. However the process is suspended.

Arguing that the RBI is still in mood to accept the notes from Nepal, SP Chowdhary said that the smugglers carry the notes to Kathmandu via Birgunj from India through land.