Banks race to issue debentures to reduce reliance on deposits 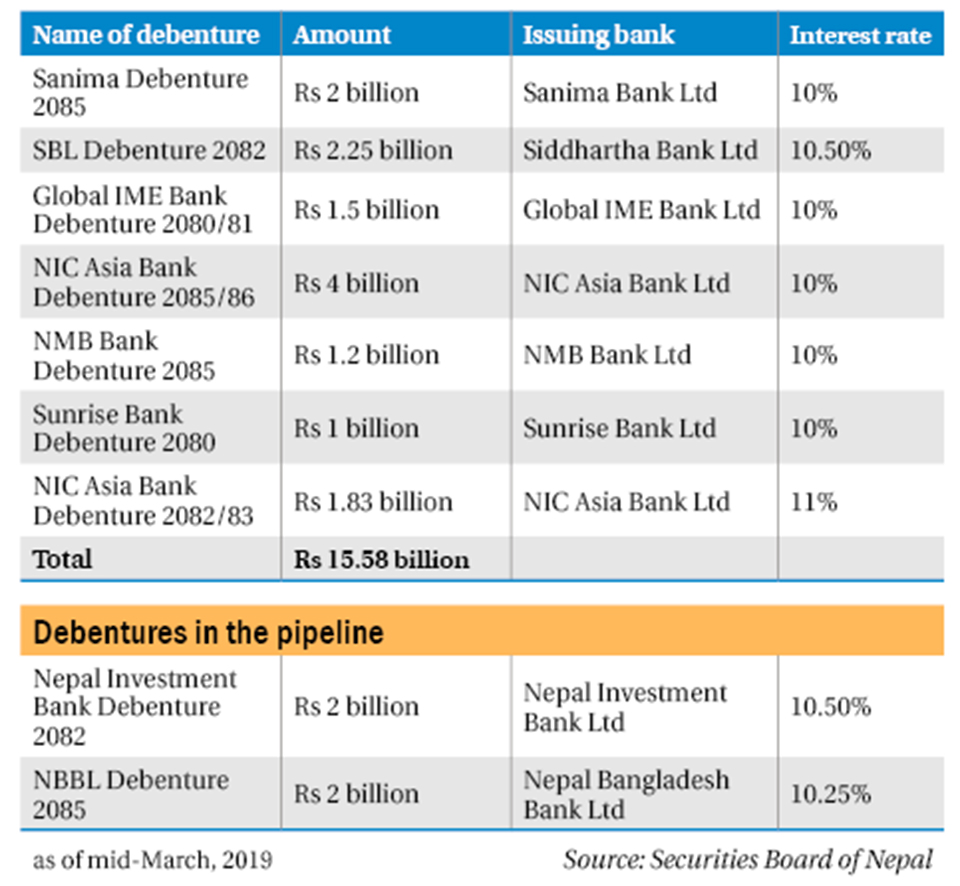 KATHMANDU, March 28: Many banks are opting for debenture as an instrument to collect funds as part of their efforts to address the shortage of lendable fund.

The rush to issue debentures to public and private placement in recent months is an indication that banks are reducing their reliance on deposits as the source of funds, say experts.

Data compiled by the Securities Board of Nepal (Sebon) shows that half a dozen commercial banks have got approval to issue debentures in Fiscal Year 2018/19, while two are awaiting the stock market regulator’s nod to float the alternative instrument for funding.

Sebon approved applications of six commercial banks to issue 15.58 million units of debentures in the current fiscal year alone. These banks plan to mobilize Rs 15.58 billion from the issue. Some of them have already floated the debentures, while others are in the process of floating. Each unit of the debenture has been priced at Rs 1,000 with an offer of double-digit interest rate. Banks are offering 10-10.5 percent interest rate on debentures.

As many banks are struggling to keep their CCD ratio within the regulatory requirement of 80 percent, they have found debentures an option to meet the shortfall and reduce stress on the CCD ratio.

“As most of the deposits are of short-term nature and banks have to lend for longer term, debentures that hold long-term maturity help them to address such mismatch,” Ashok Sherchan, the CEO of Prabhu Bank Ltd, told Republica.

Meanwhile, debentures of Nepal Investment Bank Ltd and Nepal Bangladesh Bank Ltd are in the pipeline, according to the Sebon

KATHMANDU, July 11: Nepal Rastra Bank (NRB) is increasing the size of the refinance fund from the monetary policy for the... Read More...