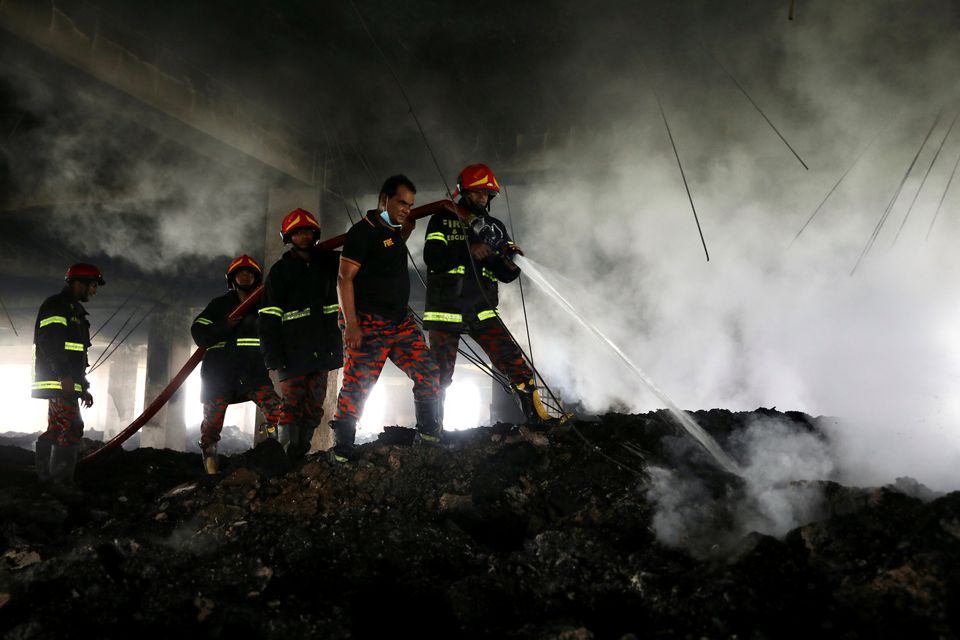 DHAKA, July 10: The owner of a food-processing factory in Bangladesh was arrested for murder on Saturday over a fire that killed 52 people who were trapped inside the building, police said.

The six-storey factory outside the capital Dhaka was built without permission, according to police who said it had no emergency fire exits and lacked adequate safety measures.

Some workers managed to reach the roof and were rescued after the building caught ablaze on Thursday, but many could not escape, said police, adding that one of the doors leading from the stairs to the roof was locked.

The arrested man owned private firm Hashem Food and Beverage, a unit of Sajeeb Group, which he also owned, according to police.

Hashem and Sajeeb did not respond to requests for comment.

Four of the factory owner's sons and three company officials were also arrested over the fire at the factory, where chemicals and inflammable materials were stored. Firefighters were unable to put out the blaze until late on Friday, and the cause of the fire is still being investigated.

District police chief Jayedul Alam said a separate investigation had been launched into allegations that the factory employed children as young as 11.

Fires kill hundreds of people a year in Bangladesh, where some buildings have poor safety standards, according to safety experts and rights groups.

Government officials promised better safety standards after the 2013 collapse of the Rana Plaza garment factory building in Dhaka that killed more than 1,000 workers and injured hundreds.

4th Bangladesh Expo 2018 set to kick off in Kathmandu

Bangladesh into SAFF U-15 semifinals

KATHMANDU, August 23: Bangladesh has advanced to the semifinals of the ongoing SAFF U-15 Championship as a group winner defeating Bhutan... Read More...