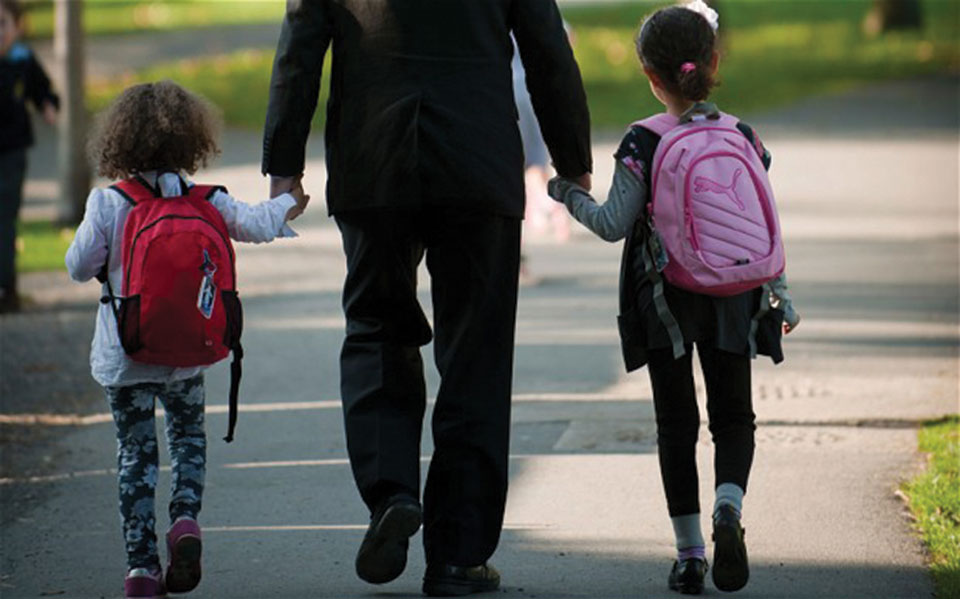 When was it you reached out to your children to talk about sexual and reproductive health and answer their queries?

I was in grade seven in school when a fellow classmate asked me if I knew what ‘sex’ meant. I replied that I had no clue. He told me to go home and find its meaning from the dictionary. I obliged politely, went back home and the meaning read “sex is an intercourse between a man and a woman”. I mugged it up and the next day at school recited the same line to this friend. He asked me if I understood what it meant. I nodded no to him. He then asked me if I knew how I was born. I told him exactly what my parents had told me: “My parents got married, there were magical rituals and god gave them me as their child.” He and some other friends laughed at my knowledge and told me exactly what happened for my parents to conceive me. I was terrified, angry, sad and disgusted. I cried alone that night for I neither had the courage to ask my parents if what my friends told me was true nor did I want to believe what I heard.

I was in the same grade when my tuition teacher made me and other students watch porn for the first time. I had anxiety watching it for the first time. I couldn’t understand why people were doing the things they were doing. I felt uncomfortable and confused. I went back home and told parents what had happened at the tuition. They were furious and immediately took me to my teacher but the teacher never admitted to screening anything as such and rather played a random English movie on Jesus to say he wanted his students to learn English language better. Nobody believed me and the matter was closed.

Today we live in an era of 4G to high speed wireless connection and high definition videos online.

According to the government, this move was made after the Metropolitan Crime Division in the capital received a lot of complaints from parents who were worried about their children’s addiction to this game which according to them was influencing their children to become more passive and aggressive in nature. PUBG got banned too.

Parenting question
In today’s time where technology is taking over human resource, where everything boils around economy, where basic rights such as food, shelter, health and education all boil around high end economy, we all agree parenting is one hell of a herculean task to do.

Parents are no exception. Every parent today wants to provide “best” for their children. Best education, best clothing, best accommodation, best health facility, best amenities and if possible you’d bring moon and beyond for your child. And your best comes with a price—a price that makes you actually go further away from your child. Parents today are so busy with jobs, some even taking multiple jobs, some taking out of station posting, some working abroad—just to provide better and the best.  YouTube has taken over the lullabies today and hostels have taken away the feeling of being at home.

Add our socio-cultural values to the whole chaos and we’re perfectly not together with our child despite being together.

As children grow older and begin to discover things on their own, they constantly ask questions. While psychological, emotional and hormonal changes take their routine, children become more vulnerable in their adolescence and until late teens. Now that the parents have no time or are reluctant to answer some of their questions which may seem culturally inappropriate, who do you blame for the results that may arise?

Any solution?
There is no hard and fast rule about upbringing your child and I agree every parent loves their children and only wish for their best. Nevertheless ask yourself, especially parents whose children are either in their adolescence or even late teens and early 20s, when was the last time you reached out to your child and just hugged him/her for no apparent reason? When was the last time you went to your child and asked if s/he has any problems with anything under the sun? When was it you reached out to your children to talk about sexual and reproductive health and told them you’re always there to answer their queries? Do you ever talk to your children about gender dynamics? Do you have time to plan out dry picnic, a long drive, a swim-day, a day long hike, a riverside retreat or an ice-cream break? Do you sit next to your child and play his/her favorite game? Did you ever hug your child when s/he failed in the terminal exam and said ‘it’s okay to fail, it’s not okay to give up’?

If your answer is no, you haven’t done many of the above. Would you take out time to reflect on your own parenting skills before reacting to the actions of your children?

Take the recent ban of the aforementioned game. Those parents who believed that this game has pushed their children into insomnia, anxiety, aggression and depression, do you really think a teenager who is so addicted to this game would take the sudden ban positively? Do you not fear it could result in something even worse? Now that the law enforcement has banned the game, are you really convinced with the idea that dictating punishment is what your child deserves? Have you convinced yourself that you cannot really understand your child and you need stringent disciplines to tame your child? If so, how long can you ban other things? The answer is we will have to ban everything—ban internet completely for one could still find horror movies, movies made on war, tragic biopics, soft porn and web games. We will then have to ban clubs, lounges, restaurants and social media outlets because the risk factor is available all around us. We may have to ban mobilization of our child completely. When things are too controlled, things will never be controlled. Same with people.

How about for once we try to ban our fear because that is what stops us from connecting with people in deeper level? How about we break our own insecurities and keep redefining and polishing our own sociocultural norms? Children need compassion and a road where parents guide them to, children do not need law enforcement deciding their lifestyle.

You may ask, what does a person who isn’t a parent yet know anything about parenting? I agree you all definitely know the game better, but does one really need to break a head to understand it hurts badly when it breaks?

The above opinion is entirely of the author’s and doesn’t represent any organization he works for
avashkarma@gmail.com