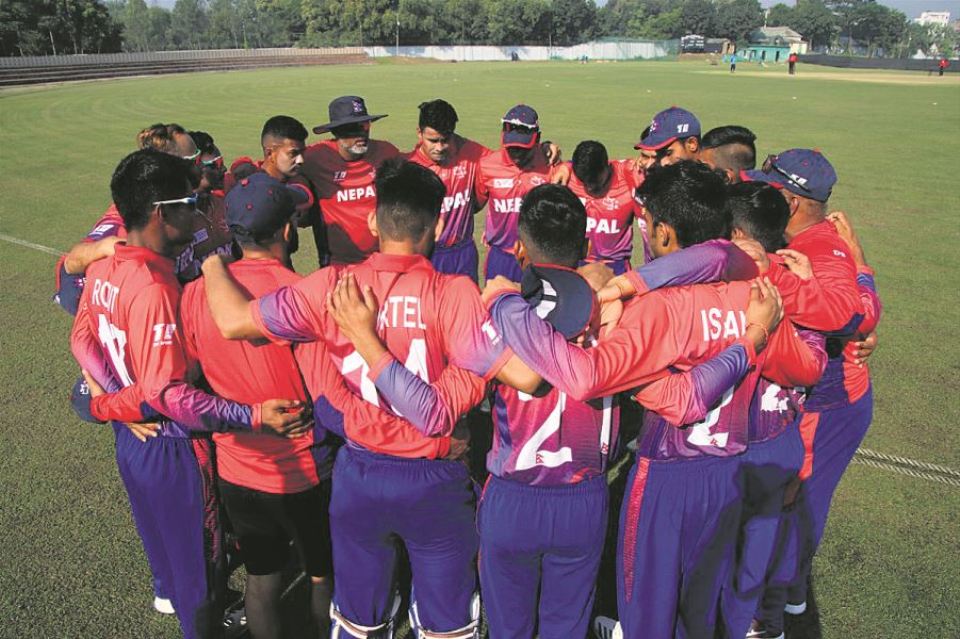 KATHMANDU, Jan 11: Cricket Association of Nepal (CAN) has announced a preliminary squad of 24 players on Friday for the upcoming ICC Cricket World Cup League II. The closed camp will be held in Pokhara. Oman and the United States will play in double round-robin league against Nepal in February 5-12.

Young U-19 batsman Lokesh Bam and former age-level batsman Sumit Maharjan have received maiden call-ups in the squad for the closed camp. Bam made his debut for the national U-19 team recently and won most valuable player award during the Pokhara Premier Legaue (PPL) held last month. Similarly, Maharjan was part of the PPL winning Chitwan Rhinos squad and has been scoring consistently for Province 3 in recent one-day tournaments.

Similarly, Kushal Bhurtel who recently made his debut for the national side has been retained for the tri-series whereas Kushal Malla who was tried for the T20 team, has been included for the first time in the contention for the ODI team.

Pace bowlers Kamal Singh Airee and Kishore Mahato have been included in the squad as well. Both have been part of the national U-19 cricket team, Mahato was the highest wicket-taker for Biratnagar Titans which reached the finals of PPL.

Likewise, former world T20 cricket team member, Subash Khakurel has made his comeback in the squad after scoring unbeaten 85 runs against Province 1 during the Manmohan Memorial National One-Day Cricket Tournament. He was part of the Kathmandu Golden Warriors squad during the PPL making his franchise cricket return after injury. Sunil Dhamala has also made his long awaited return in the squad after making his debut for Nepal against Kenya in 2017 home series.

Out-of-form Rohit Kumar Paudel and Sandeep Jora have been retained whereas veterans Sharad Vesawkar and Basant Regmi will look to make their returns in the ODI squad after being overlooked for T20 team in recent times.

Sompal Kami who is nursing a back injury is also included in the squad whereas Sandeep Lamichhane, who is playing for Melbourne Stars in the Big Bash League, is also named for the closed camp.

Everest Premier League: The CAN and the ICC

KATHMANDU, Dec 27: The successful completion of the third season of Everest Premier League (EPL) has proved once again that... Read More...