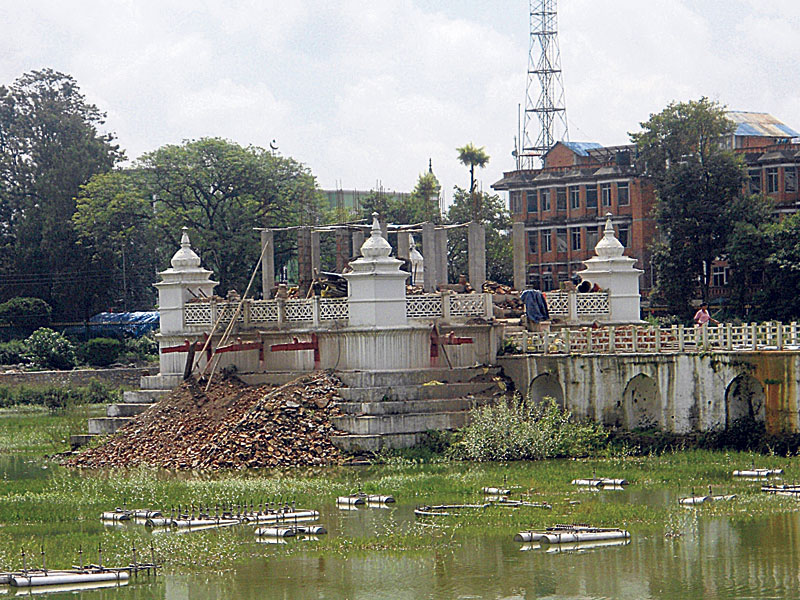 The reconstruction of Balgopaleshwar temple in the middle of Ranipokhari has been suspended by the KMC upon the request of the Department of Archaeology.(Sharmila Pathak/Rss)

KATHMANDU, Aug 29: The reconstruction work of Balgopaleshwar temple at the center of Ranipokhari has been halted for flouting archaeological norms.

The temple was damaged by last year's devastating earthquake and the KMC had been carrying out reconstruction of the temple since the last three months.

The reconstruction of the temple was being carried out by using modern materials and technology that is against the laws of renovating ancient monuments. The experts and activists had also claimed that using concrete pillars and foundations would break the archaeological norms.

SINDHUPALCHOWK, Mar 17: The reconstruction of around 200-year-old Golma Bhimeswor Temple which was devastated by the 2015 Gorkha Earthquake is to... Read More...

A year and half on, quake-damaged Golden Temple awaits reconstruction