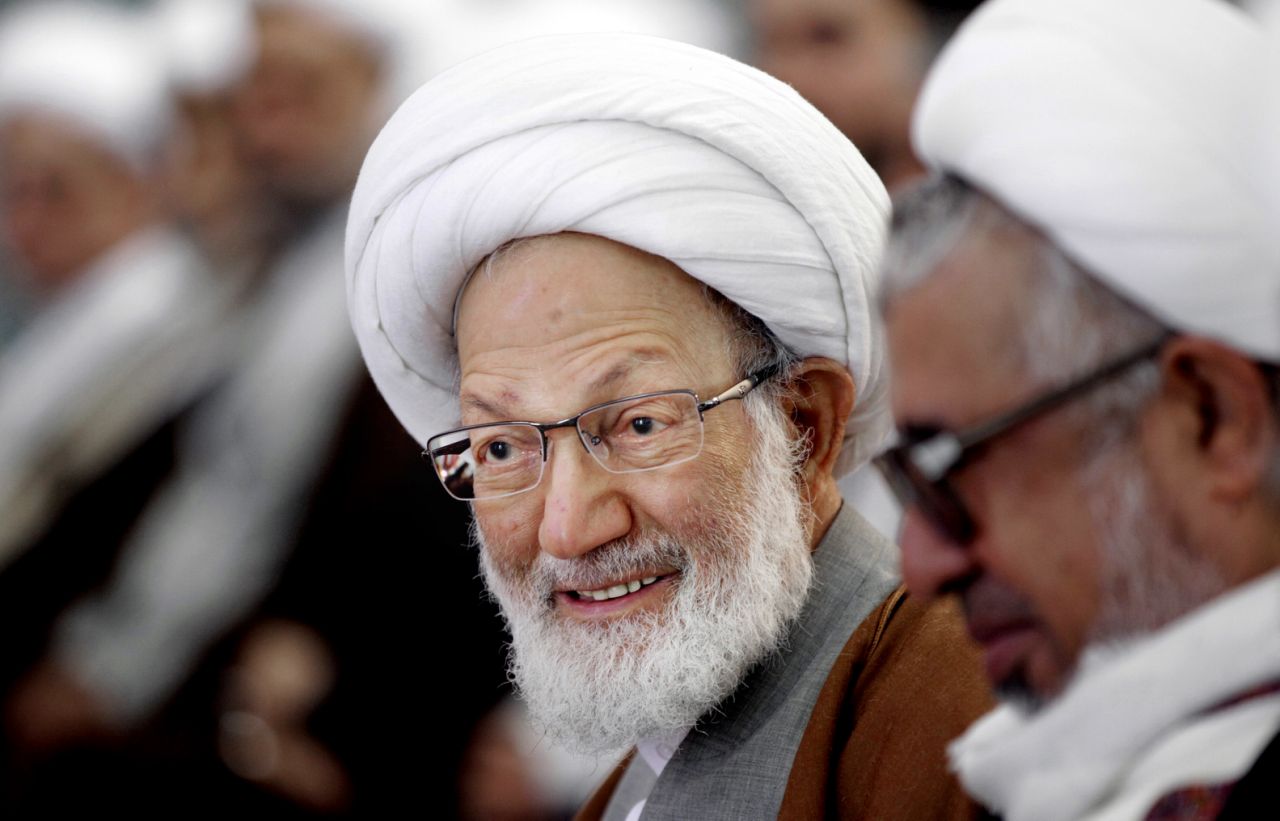 DUBAI, United Arab Emirates, June 21: Bahrain's government on Monday stripped the country's leading Shiite cleric of his nationality in a move that brought thousands of protesters into the streets and threatened to further ignite sectarian tensions across the region.

The Bahrain News Agency quoted the Interior Ministry as saying that Sheikh Isa Qassim had played a key role in creating an extremist sectarian atmosphere and had formed groups that "follow foreign religious ideologies and political entities," an apparent reference to Shiite-majority Iran.

The move was welcomed by Bahrain's Sunni-led allies but condemned by Shiites, and could serve as another flashpoint for tensions stoked by the rivalry between Saudi Arabia and Iran.

After the decision was announced, thousands of Qassim's supporters gathered outside of his house in the mostly Shiite village of Diraz, carrying posters and chanting religious slogans as well as slogans against Bahrain's king and the Saudi monarchy. It was the largest protest in at least two years.

Sayed al-Wadaei, director of advocacy at the Bahrain Institute for Rights and Democracy, said in a statement that the decision will escalate tensions and may lead to violence.

The tiny island nation off the coast of the Arabian Peninsula has been in turmoil since a 2011 uprising backed by majority Shiites demanding greater rights from the Sunni-led monarchy. Bahrain crushed the protests with the help of Saudi Arabia and the United Arab Emirates, Sunni allies suspicious of Iran and opposed to growing Shiite influence in the region.

Saudi Arabia's senior council of clerics, who follow an ultraconservative Sunni ideology that is at odds with Iran's Shiite clerical leadership, welcomed the actions taken by Bahrain.

Iran condemned the decision. In a statement on the semi-official ISNA news agency, Iran's Foreign Ministry urged Bahrain's authorities to hold a "serious national dialogue", though previous efforts have failed.

"This arrogance will leave no choice for the people of Bahrain other than armed resistance," he was quoted as saying by the semi-official Fars news agency. He warned that the government would be toppled and Bahrain's King Hamad bin Isa Al Khalifa "will pay the cost."

Lebanon's Hezbollah, an Iran-backed Shiite militant group, denounced the decision on its Al-Manar TV network, which called on Bahrainis to "express their indignation" and said the move against the cleric would have "grave consequences."

Bahrain's Interior Ministry said Qassim had endorsed "the theory of theocracy" and had used his sermons to serve foreign interests, harming the supreme interests of his own country.

A contentious and broadly worded article of the law in Bahrain allows the government to strip citizens of their nationality if "the person causes harm to the security of the state."

Qassim, who had served as a member of parliament in the 1970s, could face deportation, though dozens of other Bahrainis stripped of their nationality have remained in the country without the benefits of citizenship, such as access to free health care and pensions. Their passports are revoked and they are considered stateless.

The United Nations High Commissioner for Human Rights, Zeid Ra'ad al-Hussein, says at least 250 people have been stripped of their Bahraini citizenship in recent years due to alleged disloyalty. Rights groups say at least five were deported in recent months after having their citizenship stripped.

The U.S. State Department expressed concern over the recent crackdown, and said it was "alarmed" by the decision to revoke Qassim's citizenship.

"We remain deeply troubled by the Government of Bahrain's practice of withdrawing the nationality of its citizens arbitrarily, the overall precedent that this case could establish, and the risk that individuals may be rendered stateless," spokesman John Kirby said in a statement.

"Above all, we worry that this case, as well as other recent actions by the Government, will further divert Bahrainis from the path of reform and reconciliation."

Human Rights Watch said the decision to strip the cleric of his citizenship "takes Bahrain into the darkest days" since the 2011 crackdown and that these actions "should be met with serious consequences, not expressions of concern."

KATHMANDU, Dec 6: Nepal has proposed to update the existing the 2008 MoU on Labour Issue and to form the... Read More...

Nepal sees 12.6 percent rise in remittance inflows in the first quarter
9 hours ago

Vitamin 'A' being administered to over 2.71 million kids Thursday and Friday
58 minutes ago