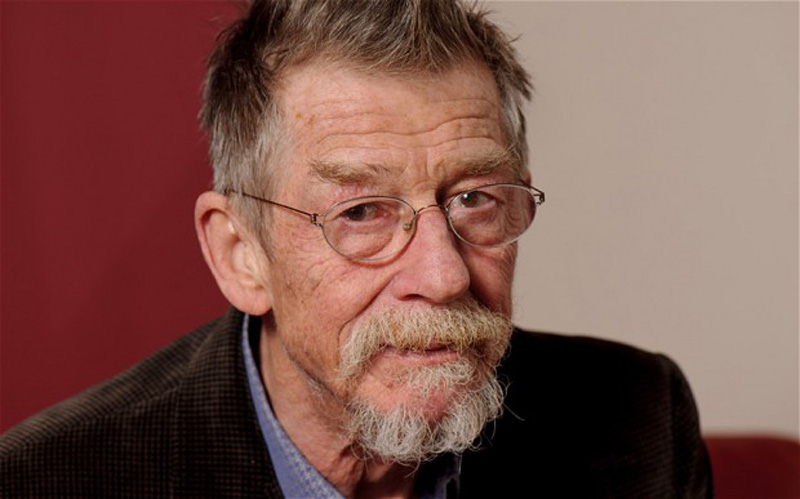 John Hurt, the widely-admired Bafta-winning English actor who's known for his roles in "Alien", "The Elephant Man" and "Harry Potter" died aged 77, a media report said.

Hurt was given an all-clear in October 2015, but in 2016 he pulled out of play "The Entertainer" due to ill-health.

"Sir John decided not to perform as Billy Rice in Sir Kenneth Branagh's production on the advice of his doctors," McDonald said.

No cause of death was, however, immediately known.

"I can't say I worry about mortality, but it's impossible to get to my age and not have a little contemplation of it," Hurt had told the Radio Times after the diagnosis.

Brooks paid tribute to Sir John, who had starred in Brooks' comedy Spaceballs, saying on Twitter: "No one could have played The Elephant Man more memorably."

Lord of the Rings star Elijah Wood said: "It was such an honour to have watched you work, sir."

British actor Alfred Molina said Sir John was "a gloriously talented actor, one of the best, of this or any era."

Hurt was born on January 22, 1940, in Chesterfield in Derbyshire. Over six decades, he appeared in more than 120 films as well as numerous stage and television roles.

DHADING, April 1: Out of seven people hurt due to electric shock at Thakre rural municipality-11 this morning, one has... Read More...

NEW YORK, July 23: Actor John Heard, whose many roles included the father in the “Home Alone” series and a corrupt... Read More...

CAIRO, March 26: Polls opened on Monday in Egypt’s presidential election with the outcome — a second, four-year term for... Read More...