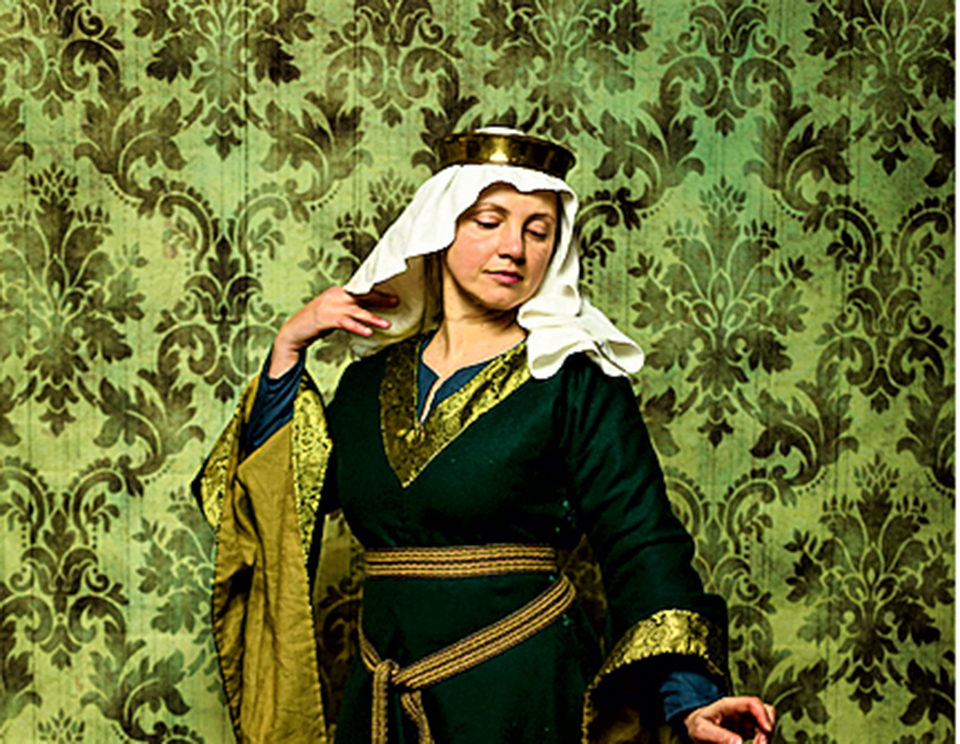 Beauty, they say, is in the eyes of the beholder. In real life too, this has proven to be true. But when you hear about the rather peculiar fashion choices of people in the past, one often wonders if it really is a difference in perspective or something else. Well, it turns out there’s something else at play here. The Week gives you a rundown of some questionable fashion trends historically present around the world and explores the stories and reasons behind them.

Eyebrows like sideways parentheses
We make memes about them even today and they will never not be funny. Seriously what was the logic? Norma Shearer, Anna May Wong, Clara Bow were remarkable beauties, and Edith Piaf had the voice of an angel but we can’t understand what was with the sheared off brows and droopy narrow lines for replacements. Somewhere along the medieval ages, women began plucking their eyebrows for dome shaped foreheads, plucking their eyebrows apparently helped. Long before that, the Egyptians, in homage to God Harus, used carbon to darken and elongate their brows. Heavy lids were desirable. Unibrows were thought to be beautiful by the Greeks. Fussing over brows is not just a norm of today. Due to over plucking, people barely had any brows during the Medieval age so it wasn’t an astonishing sight at all to see a person brow less. In such times, people barely batted a brow (pun intended), on thin and comma shapes. At least they had brows!

Shironuri
Remember Disney’s Mulan? There’s a scene right before she is presented to the matchmaker and in what clearly is an attempt to doll her up, they slap her face with a powder so white, she ended up looking like Ronald McDonald (funnier even). Being fair is something Asians are obsessed with, the East Asians even more so. Stage actors, geishas, fashion enthusiasts of that era sported white makeup. It was a symbol of affluence back then. The French and the English were known to slather their faces with white powder, in the early days but no longer today. In Japan, Shironuri (literally ‘painted in white’) is a living, breathing fashion trend even today. Because beauty was a much-needed feature, people went to extreme length and some countries never let go of it.

Black Teeth
When the powerful do it, it becomes a statement. Good Queen Bess, Queen Elizabeth I had great influence and power during her reign. As it happened, she had quite the sweet tooth as well. As a result of eating too many sugary substances, and a lack oral hygiene, the queen developed severe cavity and had a noticeable tooth decay. Back then, the gap between the poor and the rich was astronomical so what was easily available to the rich was beyond the dream of the common peasant. Sugar was one such commodity, exclusively reserved for the rich. The sight of Elizabeth’s rotten teeth then promptly became a symbol of wealth and aristocrats even took to painting their teeth black. In Vietnam (and most East Asian countries such as the Philippines and China), teeth blackening was a communal ritual to symbolize a woman’s growth into womanhood.

Powdered Wigs
We have the French to thank for a lot of great contributions in fashion but surely not this. The string of sixteen Louis kings and the queens were notorious for their high spending and extravagant fashion choices. The 1000 year reign was marked with several, ahem, interesting fashion trends but the reason behind powdered wigs’ popularity is a fun story. The debaucherous French men, courtesy of their many sexual exploits, contracted syphilis (the nasty STD). One of the major symptoms of syphilis is baldness and also a nasty stench that follows the diseased everywhere. In an attempt to cover this, people wore human, goat and horse hair for wigs. On their wigs, they sprayed lavender and orange to counterattack the smell. Powdered wigs reached a height of popularity when King Louis XVI, who also had syphilis (no surprise there), started wearing them as well.

Bilaut
Aristocrat fashion, throughout history and all over the world, is about is all about emulating royalty and distinguishing itself so that it reflects a life of opulence. Meaning they aren’t about allowing comfort and free movement to the wearer. Women painted their faces white for that untouched almost vampire-like look just so that their faces showed no signs of hard work and labor. They did the same with bilaut too. Bilaut is a dress that has floor length sleeves. The sleeves were so long that even mundane tasks such as fixing one’s hair, holding trays were impossible. The logic was that rich women only show themselves performing “rich people” tasks, knitting and praying for example. As long as they looked rich, discomfort was the least of their concerns.

With the beauty industry being one that is always growing, there are always new products and trends that people will... Read More...