Singh joined the NCP after receiving a garland and vermilion powder on his forehead from newly-appointed Minister for Urban Development Prabhu Shah amid a special function held in Gaur on Thursday.

After formally joining the NCP, Singh alleged that the Province 2 government was heavily involved in corruption and financial irregularities.

Singh was elected from Rautahat-1 to the Constituent Assembly as an independent candidate. He was on the 'most wanted list' of Nepal police at the time of election as he was accused of inciting a violent uprising against Maoists on March 21, 2007 in Gaur where 27 Maoist cadres were brutally killed.

Police also claimed that he was a member of the underground armed outfit called Terai Army that unleashed a series of violent activities and extorted business people and industrialists in the region.

Interestingly, Singh did not make any public appearance during the election campaign. However, his family members including his mother carried his election campaign on his behalf with a slogan "Hamara Ke Bachali (Save me)", pleading to the voters to use their votes to save him from a death penalty.

A large number of leaders and cadres including Pramod Shah of Janata Samajbadi Party also joined the Oli-led NCP. Nepali Congress leader Lal Babu Sah and other cadres also joined the NCP during the same function. 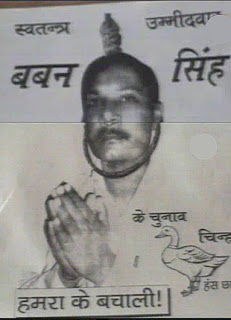 We have not offered anyone to become PM: Oli

KATHMANDU, March 5: Prime Minister KP Oli has said that they have not asked anyone to become their prime ministerial... Read More...

KATHMANDU, Feb 20: A group of students close to the Dahal-Nepal-led faction of the Nepal Communist Party (NCP) has staged... Read More...