B’desh offers Nepal to use Mongla and Chattogram seaports 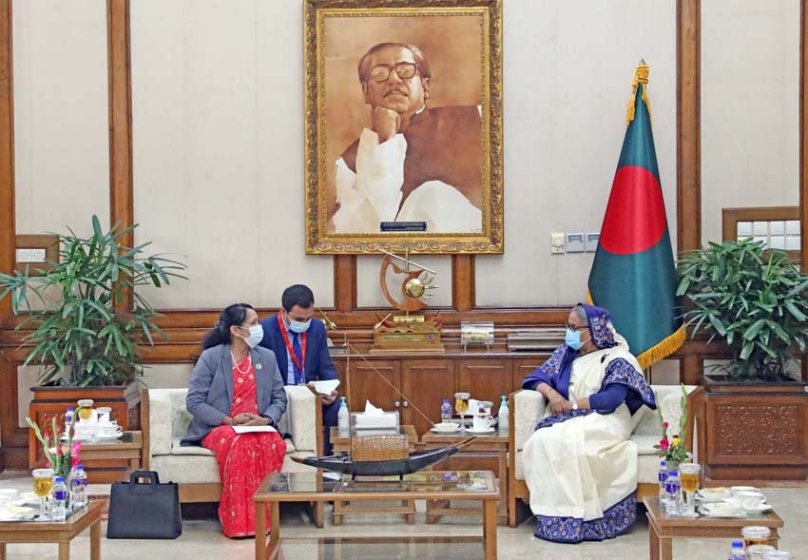 KATHMANDU, August 6: Bangladesh has offered Nepal to use to Mongla and Chattogram seaports alongside Syedpur airport for mutual benefit, according to Bangladeshi media reports.

"Nepal can take advantage of using our Mongla and Chittagong ports," Daily Sun, a Bangladeshi media outlet, quoted Prime Minister Sheikh Hasina as saying to a visiting Nepali parliamentary delegation that paid a courtesy call on her at the official Ganabhaban residence on Friday.

Chairperson of International Relations Committee under the House of Representatives Pabitra Niruola Kharel led the Nepalese delegation, according to a press release of the Press Wing of the Prime Minister’s Office.

Mentioning that Bangladesh is developing Syedpur Airport as a regional airport, Prime Minister Hasina said, "Neighboring countries including Nepal can use the airport."

During the meeting, both the sides expressed their eagerness to consolidate further the relations between the two countries alongside strengthening bilateral cooperation on business and trade for mutual benefits, according to the media report.

Expressing her gratitude to the leadership and the people of Nepal for supporting Bangladesh during the Liberation War in 1971, Sheikh Hasina said her government attaches great importance to maintaining good relations with neighboring countries including Nepal.

At the outset, the Nepalese delegation thanked the government of Bangladesh for arranging an excellent program for them. The delegation members expressed great satisfaction that Nepal and Bangladesh have been enjoying cordial relations over the years.

Profit earned by NEA will be mobilized in development of infrastructures related to electricity supply: Minister Bhusal
21 minutes ago