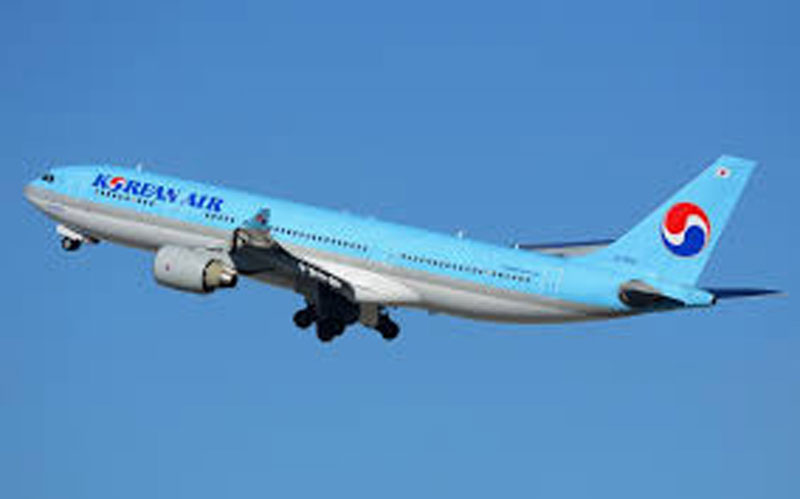 Will international civil aviation regulators check if their methods need adjustments during their next audit of Nepali aviation?
An incident related to the serving of Macadamia nuts (katus in Nepali) on board a Korean Airlines (KAL) flight aroused huge interest worldwide, even if it had nothing to do with flying as such. It was a regular New York-Inchon superjumbo flight in December of 2014. Passengers were being served customary snacks as the aircraft was being pushed back.

First class (F) passengers were required to be served in porcelain bowls but that day it happened to be in paper pouches, the same as in the economy class (Y). Passengers might not have minded a trivial deviation like that. But one person, in an otherwise empty F section, happened to be none other than airline’s vice-president. For her, nothing could have been worse than witnessing service manual instruction being blatantly violated before her eyes.

Much has been written about this incident in the media as people raised severe objections to the way she treated the erring cabin crew. The level of seriousness was apparent from the fact that she had the person who served her nuts expelled then and there after ordering that the aircraft return to the gate. There is no denying that anger got the better of her in that instance. Perhaps she would not have acted as rudely if F was fuller. Aviation forums were abuzz analysing this incident, bringing out issues related to Korean culture, the short temper of Koreans and even questions KAL and its strict corporate regime.

This incident showed how KAL was zealous about pursuing details right to the letter. It exemplified commitment to the rules once laid. It is exactly opposite of what we generally do here. While we may have volume after volume of written rules, implementation remains patchy due to indifference and neglect.

Once KAL used to be considered unsafe, and western airlines often refused to transfer their passengers to its flights. In the period between 1970 and 1999, it accounted for over 700 fatalities and 16 aircraft losses. In the most horrific Guam accident of 1997, a tired captain smashed a B747 against a hill, killing 206. This was the tipping point, or the last straw that broke the legendary camel’s back. KAL management finally decided to seek foreign help, gulping national pride on self reliance. This was not easy. There was tremendous opposition to such a drastic course. Nevertheless, KAL went ahead with an independent assessment of all procedures, particularly those related to aviation safety.

It focused exclusively on KAL’s flight crews, covering everything from pilots’ command of English down to their hiring and training procedures. The old training procedure was found flawed for condoning “subservience to authority”. No wonder, juniors never questioned the captain’s wisdom even under dire situations. To improve, KAL even went to the extent of hiring all its flying instructors from abroad.

The first sign of improvement came at the start of 2002 as KAL earned back its trust among other airlines. Later, the International Air Transport Association (IATA) also certified KAL as having achieved highest standards and best practises of safety. As a result, KAL is in its sixteenth year of accident-free operation.

KAL’s example provides an important lesson for Nepali aviation. Safety concerns can be reduced significantly by seriously following laid down rules, if nothing else. The improvement in KAL did not come about in a day or two; much sweat and tear was shed in keeping it safe for such a long time. The best way to ensure safety is to treat even smallest of incidents as a sign of laxity. No wonder the KAL chief was incensed that day.

Our officials are often quick to claim success in improving aviation safety here. But Nepali aviation has a long and difficult trek ahead to set things right, particularly in the short take off and landing (STOL) sector. But interestingly, Capt. RP Pradhan, in a recent article (Annapurna Post, June 24), argued against STOL operations being graded like any normal schedule flight benchmarked at sea level and 15 degrees Celsius (even though our atmospheric condition is much different). Pradhan pointed out that flights here cope with much harsher terrain, extreme vagaries of weather and depleted performance of machines, not anything resembling ICAO’s Standard Recommended Operating Procedures.

He also questioned ICAO’s method of bunching STOL accidents with high risk accidents that are themselves grouped under three headings (RWY safety/ Loss of control / Terrain impact) and for disregarding incongruities. Arguing further, he says there has for a long time been no accident involving Nepali carriers, both in the domestic trunks and international sector. And how does one explain such a divergent records of the STOL and non-STOL sectors? Surely, something somewhere is amiss.

Back to KAL and the nut incident. The captain chose not to exercise his prerogative to go ahead with the flight and timidly returned to the departure gate, as asked by the VP. This made her the de facto commander. The nut incident, howsoever insignificant, perhaps helped KAL to notice and remedy a serious anomaly that was still present in its system.

On matters related to Nepal aviation, will ICAO/EASA check if their methods also need adjustments when they do the next audit of Nepali aviation sector? Pradhan’s article rejects the unjust penalization of Nepali aviation out of hand.