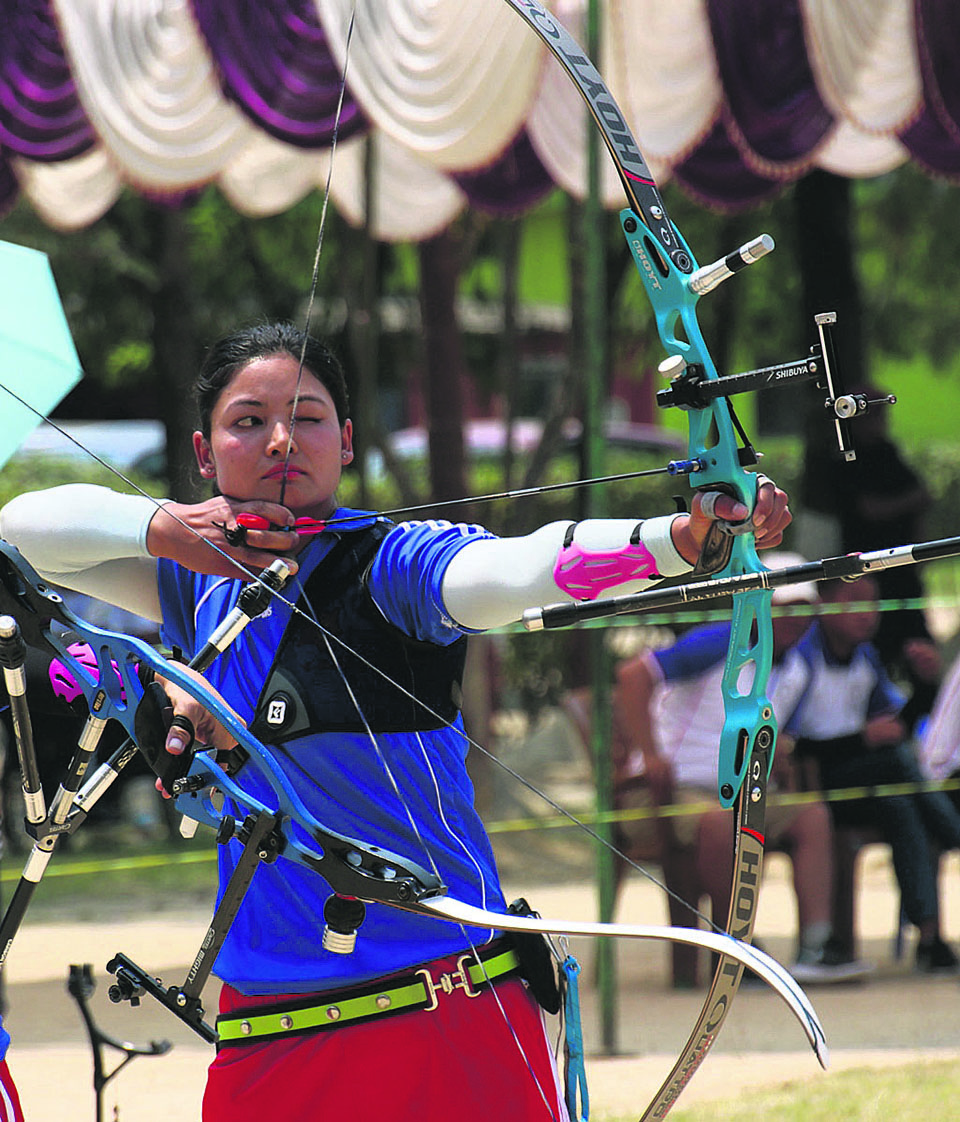 Gyanu Awale of Tribhuvan Army Club prepares to shoot during the Ninth Archery Tournament at the Eighth National Games in Nepalgunj on Sunday. Photo Courtesy: NSC