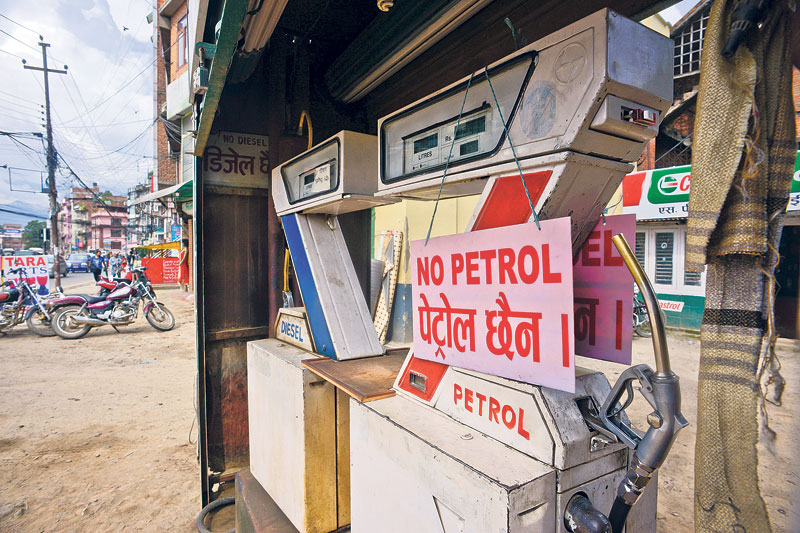 KATHMANDU, Aug 23: The government is preparing to form an autonomous regulatory body to oversee the country’s petroleum sector.

A draft proposal for the bill on petroleum products and LPG transactions has envisioned the formation of Nepal Petroleum Authority which will be responsible for watching over import, transport, storage and distribution of petroleum products, including liquefied petroleum gas (LPG) and protecting consumers’ rights. Currently, Nepal does not have an act or even by-laws to govern the sector.

The draft has been sent to the Ministry of Law, Justice, Constituent Assembly and Parliamentary Affairs (MoLJCAPA) for further technical inputs, Ananda Ragmi, spokesperson for the Ministry of Supplies (MoS), told Republica.

“The country’s petroleum sector lacks a separate act and a separate regulatory body because of which the sector has remained unmanaged and chaotic for a long time,” Regmi told Republica, adding: “The proposed draft for the bill -- which if passed will form the Petroleum Products and LPG Transaction Act, 2016, and the formation of Nepal Petroleum Authority will certainly resolve current issues plaguing the country’s petroleum sector.”

Similarly, the authority is also responsible to fixing the legal responsibility of fuel depots, dealers and retailers.

Pointing out that domestic the petroleum sector had been running without a strong law, Supplies Secretary Shreedhar Sapkota said the draft proposal will be forwarded to the parliament for endorsement soon but after inputs from stakeholders. “Nepal Petroleum Authority will oversee the overall petroleum sector of Nepal while NOC will be involved in the actual petroleum business,” Sapkota said.

Likewise, the draft proposal has also envisioned legal action of up to three years in prison and Rs 500,000 in fine for any person or firm involved in hampering the regular supply of petroleum products, including LPG. Similarly, the draft also calls for a six month prison term for those found selling petroleum products that do not meet from the set standards. Those overcharging for petroleum products will also be fined up to Rs 500,000.

Meanwhile, the private sector has said the government should hold enough discussions with stakeholders before giving final shape to the draft. “The petroleum sector which was running on directives and decisions of the government is getting a separate act and a regulatory agency, which is welcome,” Lilendra Pradhan, the president of the Petroleum Dealers Association of Nepal said, adding: “However, the act should be petroleum sector-friendly and discussions are needed about provisions incorporated in the draft.”