KATHMANDU, July 12: The Plant Quarantine and Pesticide Management Centre (PQPMC) has warned the stakeholders of the entry of another locust swarm into Nepal from India.

The centre citing Locust Analytics by PlantVillage at Penn State in collaboration with UN FAO and partners Swarm Trajectory Prediction on Saturday said there are two locust swarms spread in 150 hectares of area in Auraiya that lies between Kanpur of Uttar Pradesh and Etawah. With the gust of wind, it has been projected that the swarm might enter Nepal through Varanasi to Muzaffarpur and Darbhanga to Dhanusha, Mahottari, Sarlahi districts of Nepal.

Similarly, a huge number of swarms that are currently in different places of Rajasthan can head toward Uttar Pradesh through New Delhi as the direction of wind changes to the South-west.

Though the locust swarms don’t travel during night time and when it is raining, the swarms from India are expected to enter Nepal within a few days. “There is a possibility of swarms entering Nepal through Dhanusha, Mahottari and Sarlahi and areas around it within one to two days,” reads the locust advisory issued by PQPMC, “In two to three days, the swarms might enter Far-west Nepal through South, West and Province 5 territory.”

The centre has directed all stakeholders including provincial ministries of agriculture and local units to adopt all precautionary measures and make necessary preparations to combat the attack.

Locusts spread out in 28 districts

KATHMANDU, June 30: Locusts’ infestation has expanded to 28 districts in just two days of swarms of the insect entering the... Read More...

KATHMANDU, Dec 18: Unhappy with work performance of his ministry and subordinate offices in the first trimester of Fiscal Year... Read More...

NRB introduces new Rs 1,000 note which can be identified by visually-impaired
4 hours ago 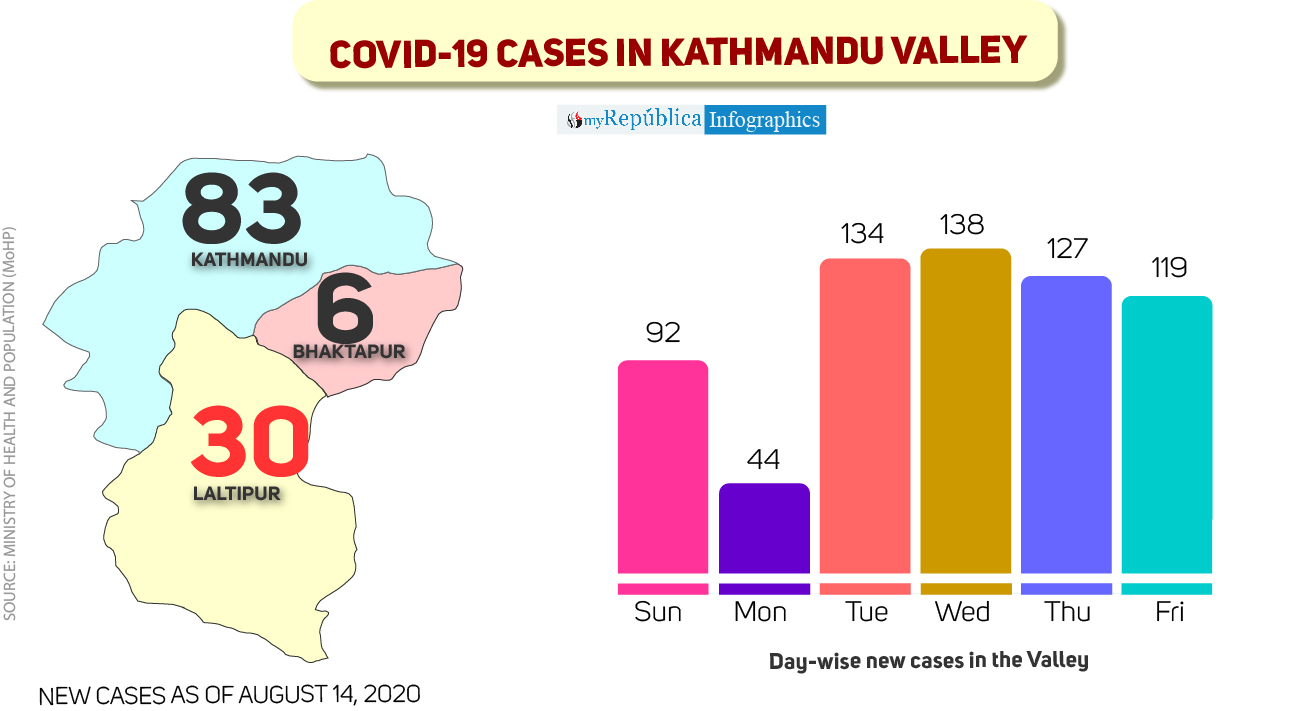 Six members of same family killed as landslides sweep away their house in Kalikot
5 hours ago
One person goes missing, four vehicles buried in landslide in Makawanpur
8 hours ago