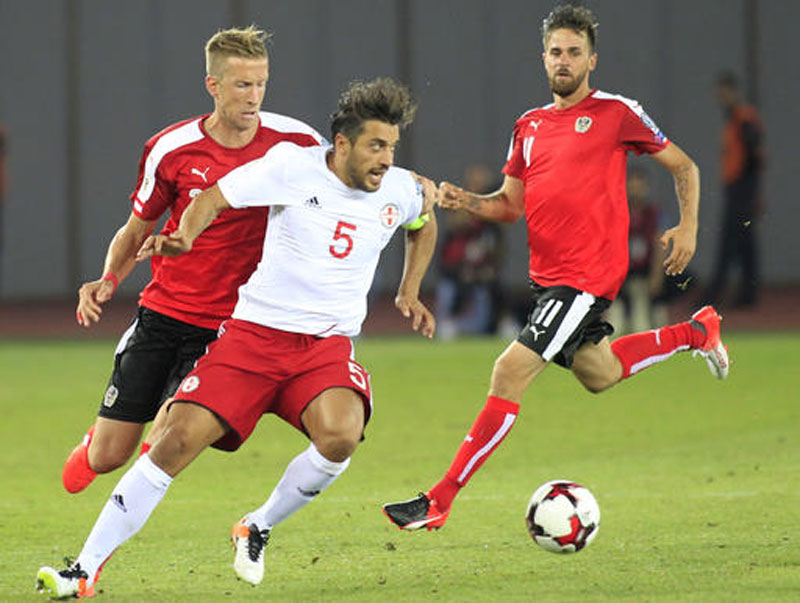 VIENNA, Sept 27: Austria striker Marc Janko is doubtful for next month's World Cup qualifiers against Wales and Serbia because of a thigh injury.

The Basel forward has not played since picking up the injury two weeks ago, but has been included in the 23-man Austria squad announced Tuesday by coach Marcel Koller.

Koller said it was "important for us that Marc will get playing time this weekend" in the Swiss league.

Janko is the team's top goal scorer with 27 goals in 57 matches.

Koller stayed with an unchanged squad after the team's 2-1 win at Georgia in its first qualifier three weeks ago.

In the wake of Janko's injury, many expected the coach to give Deni Alar his first call-up, but the Sturm Graz striker only made the reserve list. Alar scored nine goals in nine matches for the Austrian league leaders this season.

"Alar doesn't know (the national team) at all," Koller said. "A new player needs time and we don't have that ahead of the Wales game."

LYON, France, July 6: Portugal will hold its breath until the last minute hoping its best player at the European... Read More...

CARDIFF, Oct 10: Ireland ripped up the script by beating Wales 1-0 to secure their place in the playoffs for... Read More...

Liverpool routs Everton 4-0 but striker Origi is carried off

LIVERPOOL, England, April 21: Liverpool striker Divock Origi scored before being carried off on a stretcher as Everton was overwhelmed... Read More...