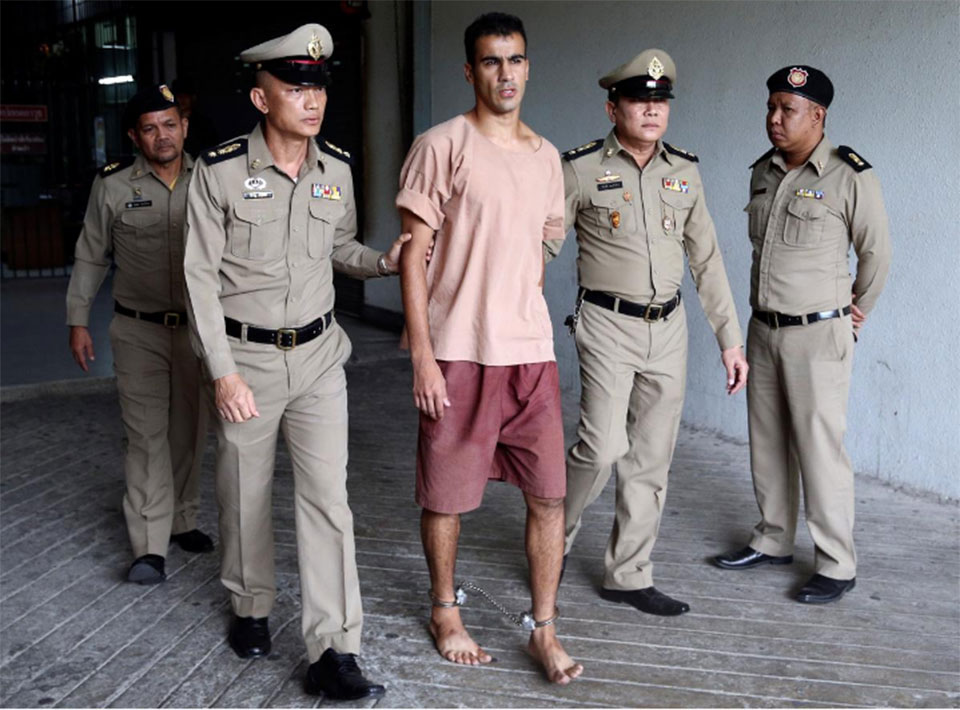 SYDNEY, Feb 9: Two Australian divers who helped save 12 Thai boys and their football coach from a flooded cave have written to the Thai prime minister to ask for the release of a Bahraini footballer with refugee status in Australia, media reported on Saturday.

The case of Hakeem Al Araibi, 25, has drawn international criticism as a Thai court considers an extradition request from Bahrain for him to serve a 10-year sentence related to the Arab Spring uprising of 2011. He denies the charges.

He was arrested at a Bangkok airport in November when he arrived from Australia with his wife for their honeymoon. He says he faces torture in Bahrain and wants to return to Australia, where he has lived since 2014 and plays for a Melbourne football club.

Divers Richard Harris and Craig Challen were honoured as Australians of the Year in January for their help to rescue a junior football team and its assistant coach trapped in Thailand’s Tham Luang cave in July.

They have now joined a growing campaign to press for the release of Araibi, writing a letter to Thai Prime Minister Prayuth Chan-ocha, ABC News reported.

Challen confirmed a letter had been sent but declined to give more information when contacted by Reuters on Saturday.

A spokesman for the Thai prime minister was not immediately available for comment.

Australia’s Foreign Minister Marise Payne would not comment on the letter when asked by reporters at a news conference in New Zealand, but said the government was monitoring the legal proceedings and assisting Araibi’s defence lawyer.

“In relation to our engagement with the Thai government, we have engaged at the highest levels to ensure that Mr Al Araibi is returned to his home in Melbourne, his friends and family as soon as possible,” she said.

Football players and organisations around the world have called for Araibi’s release including the sport’s governing body, FIFA and the international players’ union FIFPro, which represents 65,000 professional footballers.

Bahrain’s embassy in Bangkok said Araibi was a fugitive who should be returned.

Araibi was convicted of vandalising a police station during 2011 anti-government protests in Bahrain and sentenced in absentia after he fled.

He denies the charges, saying he was playing in a televised football match at the time of the police station attack.

New York-based Human Rights Watch has said Araibi was tortured by Bahraini authorities because of his brother’s political activities during the 2011 protests.

CANBERRA, May 9: Australia’s central bank has taken responsibility for typos on 46 million bank notes after a radio station... Read More...