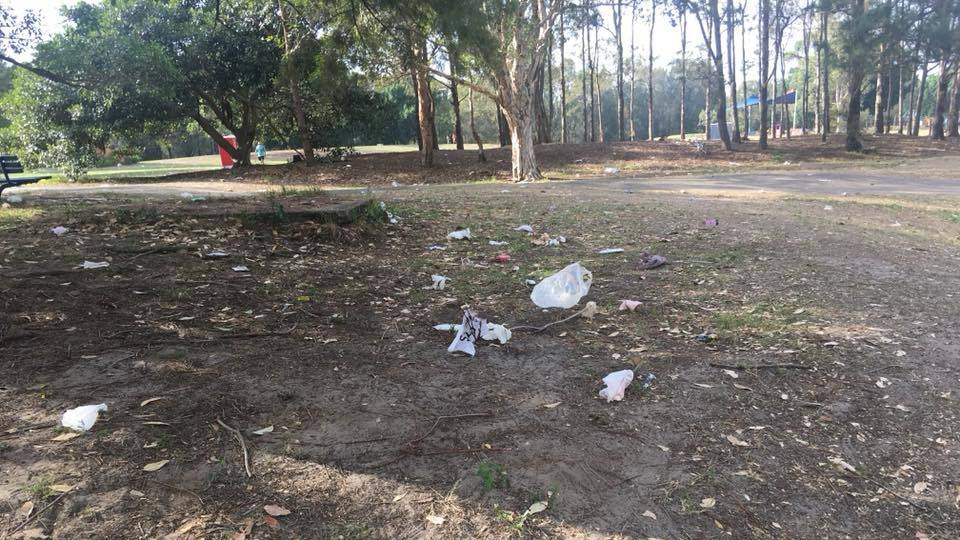 SYDNEY, Mar 6: Bayside mayor Bill Saravinovski has slammed organizers of an event on the weekend for leaving Bicentennial Park, Rockdale looking like “the old Tempe Tip”.

As thousands of volunteers gave up their Sunday morning to take part in the annual Clean Up Australia Day across the local government area, residents arrived at Bicentennial Park to find it covered with garbage and debris.

Irate Rockdale residents inundated the council with complaints about the amount of rubbish left in the park, some taking to social media to express their disgust.

“I'm furious to see how they left the park - there was more rubbish than grass,” Marc Sneddon posted on the Rockdale Residents Unite Facebook site.

He had arrived at the park to celebrate his daughter’s birthday.

“The kids play equipment was a trash heap, the winds meant my three-year-old and all her friends were dodging rubbish every time a gust came up. Absolute pigs should be banned from hosting events.

“According to someone who was there, it was a Nepali festival the day before, and a few from the organizers came back today to clean up. But when the council arrived, they said not good enough and issued a fine, so the event people went and left it to someone else.”

Julie Paps posted, “I saw all sorts of garbage and debris flying across West Botany St this morning. I also saw they had bought in a skip bin and it was full to the brim when I drove past. The council should ban all future events from this organizer.

Jo Lyons posted, “Some Good Samaritans were turning up as I left... Clean Up Australia volunteers and a Muslim volunteer brigade.”

Bayside Council will review the bond paid by park hirers, saying the park was left in an “appalling” state.

Mayor Bill Saravinovski said the council’s ratepayers will no-longer foot the bill to clean up after groups who show no respect for Bayside’s parks and other community facilities.

“I am extremely disappointed about this, I want to know why on our annual Clean Up Australia Day, one of our major parks was left looking like the old Tempe Tip,” Cr Saravinovski said.

“I would expect that anyone, person or organization, holding an event in our parks would respect these valued community facilities.

“I can accept the resident’s criticism,” Cr Saravinovski said.

“And I am taking all this feedback on-board,” he said

“But Council is not doing the rubbishing … we are cleaning up after inconsiderate users who clearly disrespect our public spaces.

“They didn’t arrive in a park full of litter and leftover food, but that is how they left it.”

The mayor has called for an urgent review of the fees and charges applied to large-scale events held in public spaces.

“I want to know exactly how much this clean-up job cost our ratepayers,” he said

“I will discuss what is an acceptable fee to charge hirers to discourage this type behavior with my fellow councilors.”

Mayor Saravinovski said the fee would be refundable if the hirer did the right thing and left the park or facility as they found it.

DHARAN, July 10: CPN-UML candidates have won the post of mayor and deputy mayor in the eastern town of Dharan... Read More...