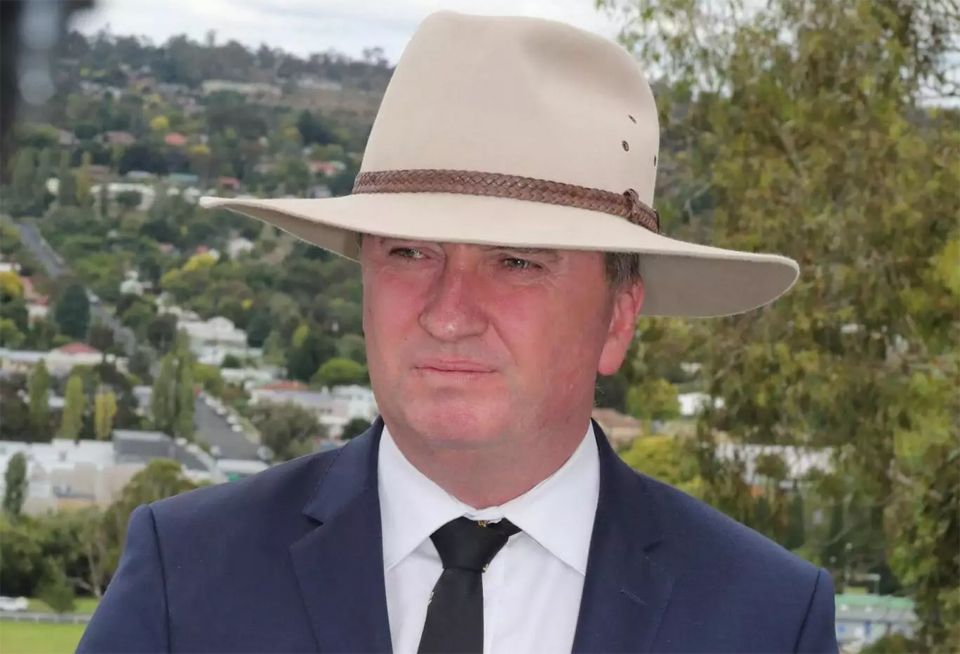 CANBERRA, Feb. 23: Australia's deputy Prime Minister Barnaby Joyce resigned on Friday just hours after accusations of sexual harassment against him were made public.

Joyce announced he was stepping down as deputy PM of Australia. He has held the post since February 2016, a by-product of leading the National Party of Australia which is part of the governing Liberal National Party (LNP) coalition.

His resignation came the day after Larry Anthony, federal president of the Nationals, confirmed that Joyce was the subject of a sexual harassment complaint which would be "taken seriously" and treated with "strict confidentiality."

The complaint was the final nail in the coffin for Joyce who has been under intense pressure to resign since it was revealed that he had engaged in an extramarital affair with former media adviser Vikki Campion who is expecting their child in April.

"On Monday morning at the party room meeting I will step down as the leader of the National Party and Deputy Prime Minister of Australia," Joyce told reporters in his New South Wales (NSW) electorate of New England on Friday.

"Over the last half a month there has been a litany of allegations. I don't believe any of them have been sustained," he said.

"I have asked that the (sexual harassment) allegation be referred to the police."

Since news of the affair broke, Joyce has been questioned over a series of promotions Campion earned within the National Party after her relationship with Joyce began.

The saga prompted Prime Minister Malcolm Turnbull to introduce a ban on sexual relationship between government ministers and their staff, a move that Joyce described as "inept."

Andrew Broad, a Nationals Member of Parliament (MP) representing the Victorian electorate of Mallee on Thursday night became the first Nationals MP to publicly call for Joyce's resignation, saying Joyce was "not fit" for the role.

The resignation came at the end of a week of personal leave that Joyce took so as to avoid becoming acting PM while Turnbull is in the United States for an official visit.

Despite standing down as deputy PM, Joyce said there was not "a shadow of a doubt" that he would run for re-election in New England.

The next leader of the Nationals and deputy PM will be voted on at a Nationals party room meeting on Monday.

Veterans' Affairs Minister Michael McCormack is considered the frontrunner to ascend to the role.

Two arrested on charge of rape
23 minutes ago