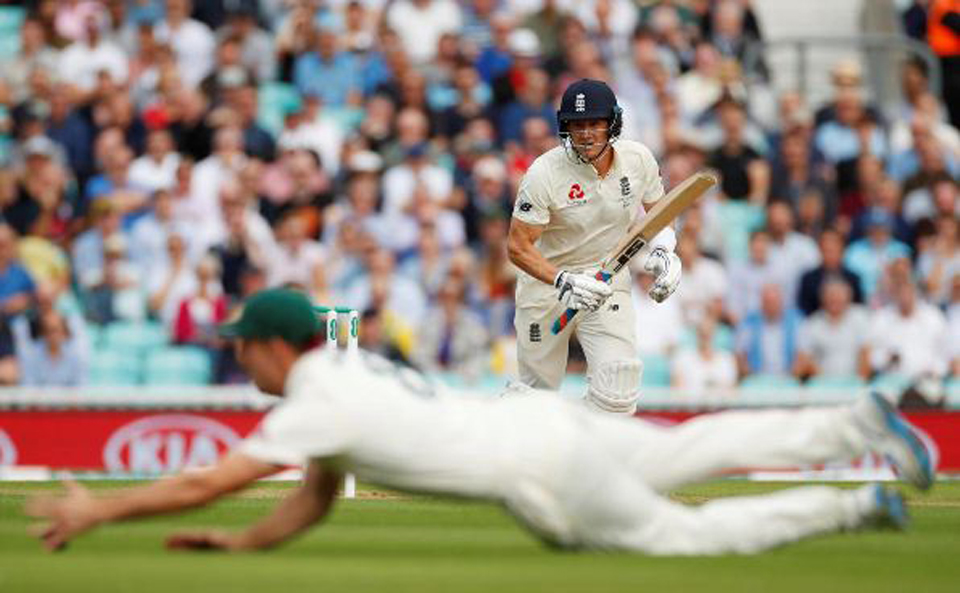 LONDON, Sept 12: Australia captain Tim Paine won the toss and put England in to bat in the fifth and final Ashes test at The Oval on Thursday.

Australia, who lead the series 2-1 following their victory in the fourth test at Old Trafford and will retain the Ashes, made two changes, all-rounder Mitchell Marsh coming in for batsman Travis Head and fast bowler Peter Siddle replacing Mitchell Starc.

LONDON, Sept 14: Joe Denly led England to 88 for two as the hosts extended their lead over Australia to... Read More...

Daily infections rise to 12,338 in Nepal, active case load reaches 57,328
14 hours ago
99 Nepali workers set out for Israel; labor minister, ambassador reach TIA to see them off
21 hours ago