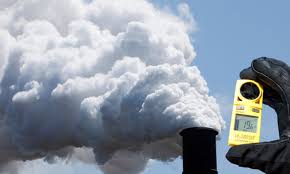 AUSTRALIA, Dec 13: Australia’s carbon emissions are again the highest on record, according to new data from the emissions-tracking organisation Ndevr Environmental.

Matt Drum, the managing director of Ndevr, said if emissions continued at their current rate, Australia would miss the target by a cumulative 1.1bn tonnes.

When excluding unreliable land use data, Australia’s emissions for the year to September reached 558.3m tonnes of carbon dioxide equivalent, an all-time high.

Ndevr excludes land use data because the methodology the government uses to calculate these figures is opaque and there have been questions about whether the scale of land-clearing in Queensland is being accurately represented.

“There’s still no policy in place to ratchet them down which is why they’re increasing,” Drum said.

Electricity sector emissions were stable, but fugitive emissions, and emissions from stationary energy and transport are all still trending sharply upwards.

Both the Coalition government and Labor have not ruled out using controversial carryover credits from the Kyoto protocol to help meet Australia’s obligations under the Paris agreement.

Labor has promised that if it wins the election it will increase Australia’s target to 45% on 2005 levels, in line with recommendations from the independent Climate Change Authority.

Ndevr’s analysis said this would require a reduction of 197.1m tonnes of carbon dioxide equivalent based on current emissions levels, which would be equal to taking 75m cars off the road for a year.

In comparison, the Coalition’s emission reduction target would require an 80.8m tonne reduction.

“If Labor come into government we can’t afford a policy vacuum,” Drum said. “It’s looking grim. We need policy levers and we need them quickly.”

Drum said the need for action was so urgent there would be no time for a full redesign of policy if there was a change of government.

Instead, he said existing policies, such as the safeguard mechanism, should be amended.

“They need to utilise existing policy like the safeguard mechanism and tweak it so it achieves what it is intended to achieve, which is reduce emissions,” he said.

“Counting Kyoto credit towards Paris cheats our environment and the rest of the world,” she said.

“Our emissions are going up, yet our environment minister is telling the world we are doing our bit to meet our Paris targets.”

BIRMINGHAM, June 11: Australia was eliminated from the Champions Trophy by its fiercest cricketing rival as Ben Stokes smashed a... Read More...