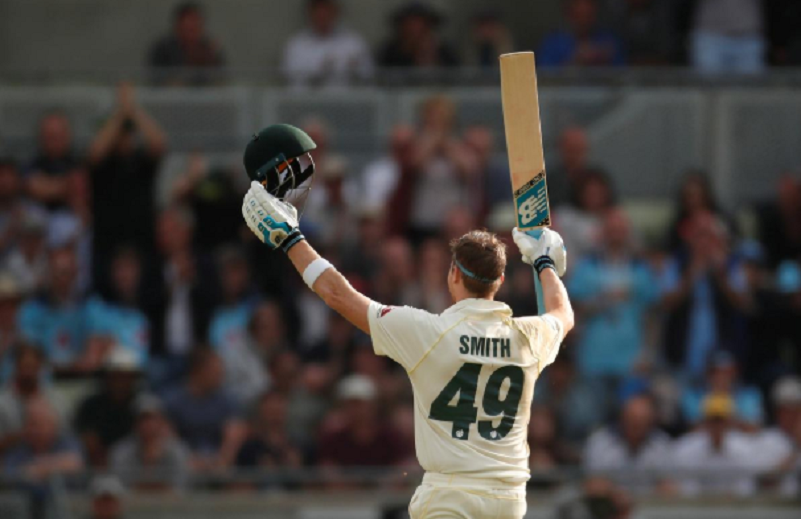 MELBOURNE, August 2: After an 18-month exile from test cricket, Steve Smith’s defiant century on day one of the Ashes series restored the former Australian captain to hero status in the eyes of a grateful nation on Friday.

Jeered by a hostile Edgbaston crowd throughout the opening day of the first test, Smith’s brilliant 144 dragged his side from a position of peril to the safety of 284 all out, with England 10 for no loss in reply by stumps on Thursday.

Smith’s last test against South Africa at Newlands ended in disgrace, when he, David Warner and Cameron Bancroft were sent home to face an angry public after the shocking revelations of a plot to alter the ball’s condition with sandpaper.

All was forgiven in the Australian media on Friday, as newspapers hailed the return of the savior to red-ball cricket amid a frosty reception from the Edgbaston terraces.

“It was like he never left. It made you wonder how the team ever coped without him,” The Australian’s cricket writer Peter Lalor wrote.

“His triumphant return came in the nick of time for rarely had his team needed him so.”

Sydney-based newspaper Daily Telegraph proclaimed it one of the “all-time great Ashes hundreds”.

The Telegraph’s Russell Gould delighted in Smith’s composure as local fans booed him relentlessly and waved sandpaper at him.

“They were wearing Smith masks which captured the painful moment, too,” he wrote of the batsman’s teary return to Australia.

“But that torrid time could yet prove the making of the man.”

Supported by a timely 44 from tailender Peter Siddle, Smith’s knock frustrated the English attack after it took Australia to the brink of collapse at 122 for eight.

Joe Root’s bowlers found no way through the 30-year-old’s resistance until well after he had carried Australia back into the game, however.

Home bowler Stuart Broad was left to marvel again at the man who tormented England with 687 runs in the 2017-18 Ashes series at a Bradmanesque average of 137.40.

“I had everyone on the boundary and he still hit me for four at one stage,” Broad said.

“He has played beautifully, there’s no doubt about that ... For us to win this Ashes series, we’re going to have to get him out early.”