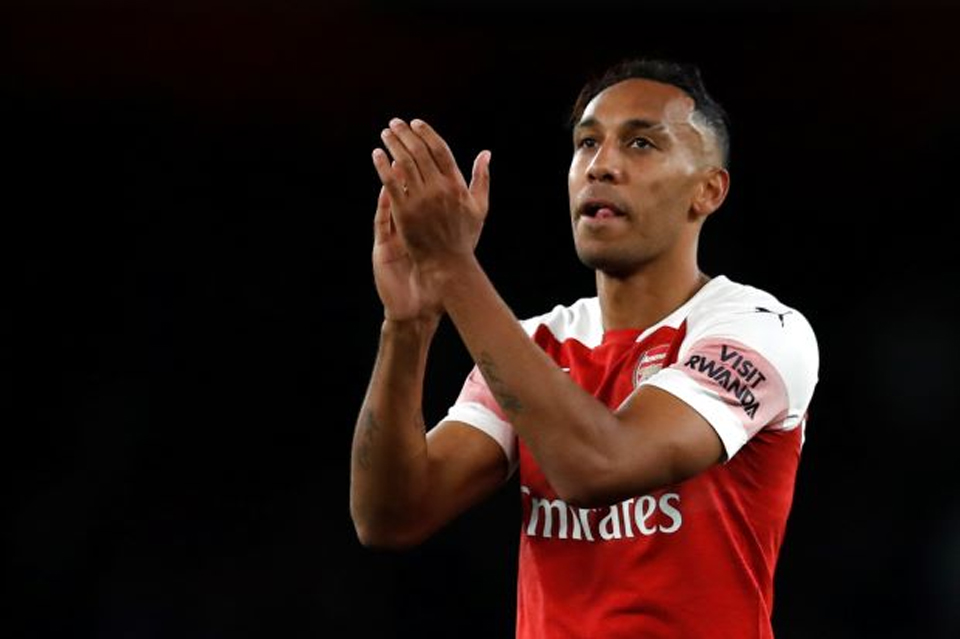 LONDON, Oct 23: Arsenal substitute Pierre-Emerick Aubameyang scored twice in three minutes and captain Mesut Ozil played a starring role as they extended their winning run with a 3-1 victory over Leicester City in the Premier League on Monday.

Substitute Aubameyang was in the right place to tap into an empty net in the 63rd minute to give Arsenal the lead and was on hand to finish a team move in the 66th that was orchestrated by Ozil, who had scored their first goal to put them level.

Arsenal stretched their winning streak in all competitions to 10 games and rose to fourth with 21 points from nine games, two points behind Manchester City and Liverpool and level with third-placed Chelsea and Tottenham Hotspur in fifth.

After falling behind to a Hector Bellerin own goal just past the half-hour mark, Arsenal grew into the game and midfielder Ozil stroked in an equaliser off the post just before halftime.

Ozil, who was skipper for the night, hit a left-footed first-time shot past goalkeeper Kaspar Schmeichel after surging from the halfway line and exchanging passes with Bellerin.

The German was at the heart of Arsenal’s third goal too, sparking the move with a flicked backheel, then dummying a pass before continuing his run to receive a first-time ball from Alexandre Lacazette before dinking it over the onrushing Schmeichel to leave Aubameyang with the simplest of finishes.

Ozil tweeted that Arsenal had played “sexy” football and that he was proud to be captain. Manager Unai Emery agreed with the assessment of the performance but said the midfielder could lead the team by example even when he does not wear the armband.

“From Mesut Ozil today, it’s a very good performance,” Emery said. “I think he can play very much with this commitment, behaviour, also with his quality, (as) captain or not captain.”

Leicester had started stronger at The Emirates and wing-back Ben Chilwell forced the opening goal when his cross deflected off Bellerin into the Arsenal net in the 31st minute.

They could also have had a penalty after Arsenal centre-back Rob Holding handled the ball seconds after being booked.

“For me it was a penalty and a sending off,” said Leicester manager Claude Puel. “At this moment, with our domination in the game, we could have continued our performance, this great performance, 11 against 10.”

Arsenal’s next game is at Crystal Palace on Sunday, after they play Sporting in the Europa League in Lisbon on Thursday, while Leicester City will host West Ham United on Saturday.

LONDON, Oct 30: Manchester City returned to the Premier League summit on goal difference as they dug out a 1-0... Read More...

CPN (Maoist Center) forms task force to make recommendations to address concerns over MCC
19 hours ago
Moderate snowfall, rain predicted in most parts of Nepal till Monday
4 minutes ago

Palpa DAO suspends all but essential services
51 minutes ago