Attires from around the world


Even today there are thousands of tribes across the world that live among themselves away from the rest of us. They fish, farm, make small governments to govern their populations and still live the indigenous life. Living the life that predates them by centuries, they have also retained their tribal clothing. Varying in geographies, climates and cultural standards, their attires reflect their essence as a community and the lifestyle they abide by even after hundreds of years. Modern clothing is now deriving inspiration from the colorful beads and the hand-woven fabrics these tribes have worn all these years. Because they are original and durable their usage in today’s clothing shouldn’t be a huge surprise.

Here we take a look at such traditional attires. 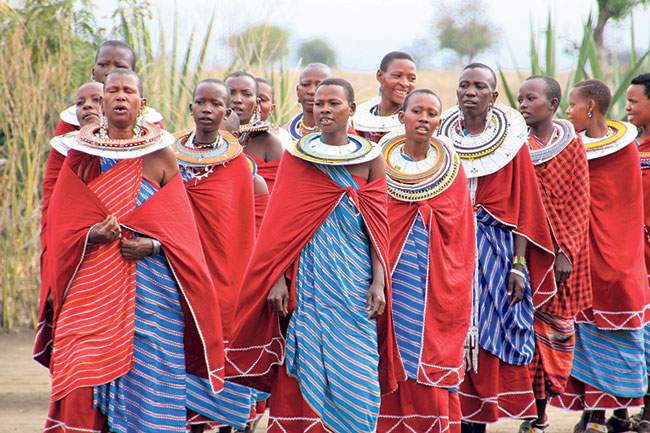 An ethnic group in the north of Tanzania and the south of Kenya, the Maasai people are, with their beadwork clothing, recognized instantly anywhere in the world. It’s the accessories more so than the clothes that make Maasai clothing so unique. The tribe is also known for their skilled army of warriors who hunt in the savannah forest for food. Typically, they are clad in a red shuka cloth (red so as to scare off the lions), their beads of necklaces and an iron rod (to be used as a weapon in precarious situations). Before Africa was ever colonized Maasai people still wore sheepskin and calf hide, they wore them up until the late 1960s. It was after trading that the tribe wore fabrics for the first time. It is believed that the Scots brought in their tartan clothes from their lands to the Maasai and that is why the red shuka cloth has uncanny Scottish plaid resemblance. The necklaces they put on are a plethora of colors and represent their clan and social status. 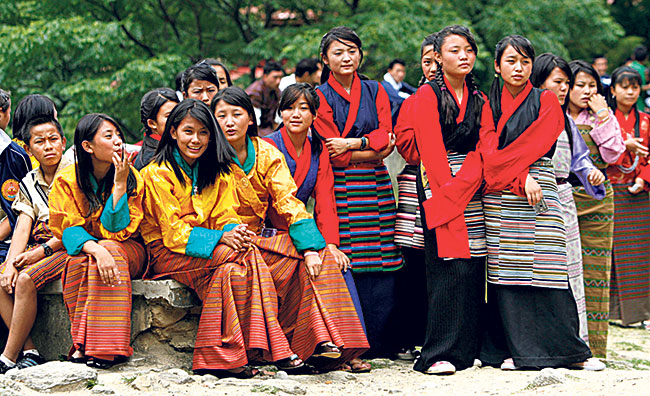 Perhaps the most easily recognized clothing in this list of attires for most Nepalis, the national attire of Bhutan, the Gho clothing, is still worn by most residents on a daily basis. The government of Bhutan also mandates all government officials, workers, and students to wear this robe on a quotidian routine. This robe is knee length and worn with a cloth belt called ‘kera’. The large pouch formed with the belt is traditionally for storing a bowl. Men also carry a ‘dozum’ (a small knife) and wear knee length leather boots. These robes or ghos are often plaid or have striped designs. However they clearly avoid red and yellow because these colors are reserved only for the monks. Women, on the other hand, wear ‘kira’, a floor length dress worn over a silk blouse or ‘wonju’. It’s also common for both the men and women to wear sashes over their robes during formal occasions. 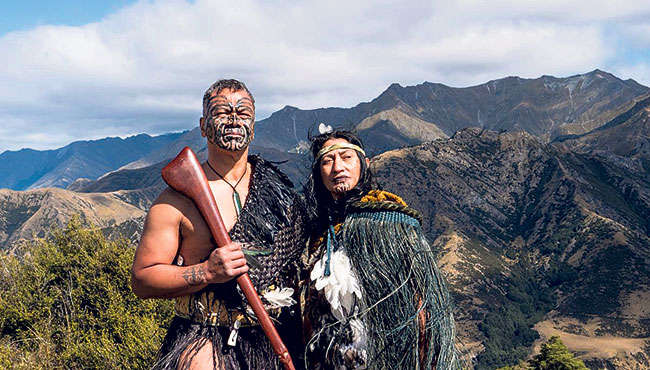 The Maori tribe is an indigenous group with roots in the islands of Polynesia. They canoed their way to the lands of New Zealand several hundred years ago where they had to adjust to the new climate. They had to shed their light material clothing in favor animal skins (skins of seals, Polynesian dogs, birds feather and plant leaves). They used harakeke, the New Zealand flax, green grass and cabbage trees for their new clothing. Using both plaiting and weft-twining techniques that were passed down from one generation to the other the Maori wore hand knitted clothes. The Maori chiefs also wore specially made cloaks. The cloaks were fashioned off bird feathers, flax fibres, dog skins and the occasional human hair. Maori people also tattooed their faces as a symbol of ancestry, strength, and prosperity. 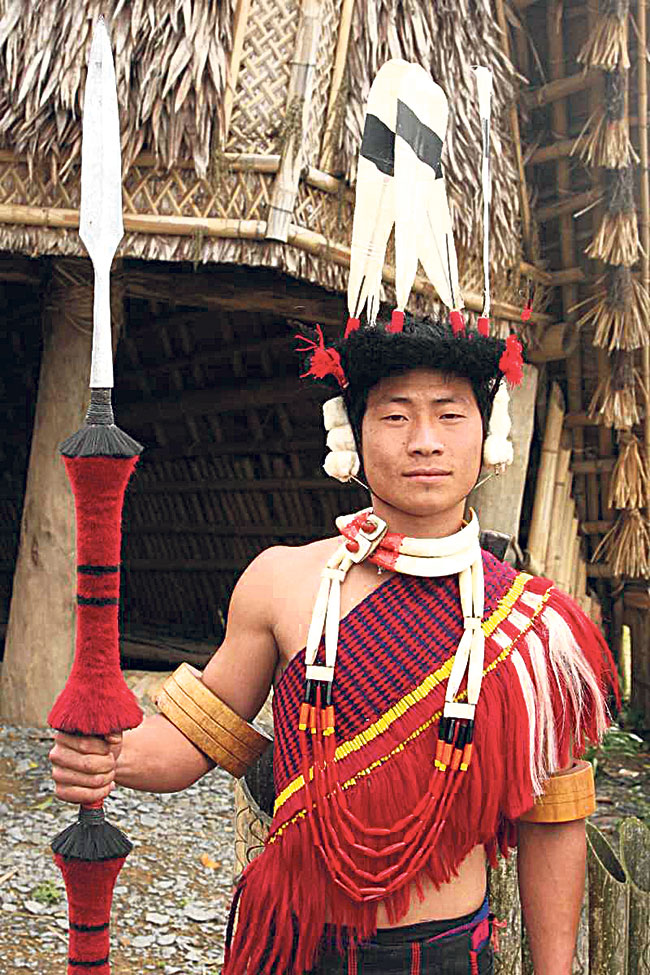 There are various tribes in this northeast region of India and while there’s a definite distinction in their clothing, there are also many undeniable similarities between them as well. The humidity levels in Nagaland are high meaning they have scant occasions for wools and felts. The Nagas most commonly wear shawls of various designs. Tsungkotepsu is an Ao warrior shawl with figures of animals associated with might (elephants and tigers) painted on them. These paintings are done in black and set against white cloths. Kaksi nei is another shawl worn by the bachelors and bachelorettes of the Naga clans to represent their availability for potential marriages. Nagaland clothing also consists of kilt that is a dress that the Nagas wear when working in their fields. The belief goes that only he who sews his kilt is permitted to wear it and neither his wife nor children may wear it. The women have skirts made of blue and white cloths, on them are thick black bands for patterns. 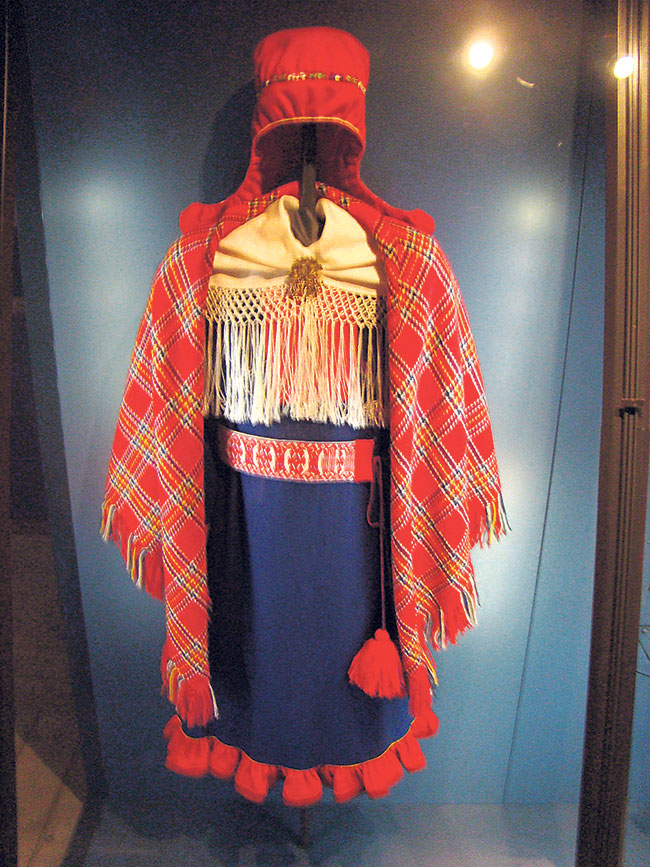 One of the oldest clans in the far reaches of Norway, Finland, Sweden, and the Kola peninsula, Sami people wear gakti which is the national clothing in the Scandinavia. Originally the basis for the clothing designs of mythological elves, the early Sami people made their gaktis with reindeer skins. For the cold region they live in, they either wear three-cornered or four cornered hats, pleated scarves, moccasins fashioned off reindeer skins and curled upwards in the toes. Both men and women wear their tunics as long as skirts with the women’s tunic being a little longer than the men’s. These tunics are mostly blue in color with pleated check patterns on the hems and such patterns are in bright red colors. The Sami people are reindeer herders – they use their reindeers not just for clothing but also for transportation and food.

Infographics: The Richest Women in the World

The Forbes 2019 Billionaires List reveals who the world’s richest people are but also how the wealth of the superrich... Read More...

Gyalpo Lhosar being observed
4 hours ago

FNJ urges Speaker Sapkota to incorporate concerns of stakeholders in Media Council, IT Bills
1 hour ago

Iran news agency: Death toll from new virus in Qom is at 50
1 hour ago