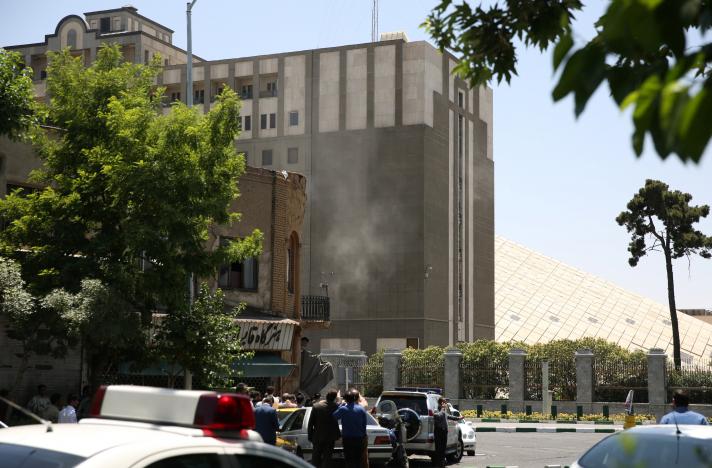 LONDON, June 7: Attackers raided Iran's parliament and set off a suicide bomb at the Mausoleum of Ayatollah Khomeini in Tehran on Wednesday, killing up to seven people in a twin assault at the heart of the Islamic Republic, Iranian media reported.

Islamic State claimed responsibility for the attacks in a statement. If confirmed, they would be the first assaults by the hardline Sunni Muslim group inside the Shi'ite Muslim country.

The attacks, targeting parliament and the shrine of the Republic's revered founder, Ayatollah Khomeini, took place less than a month after the re-election of President Hassan Rouhani, a moderate.

Iran's state broadcaster IRIB reported that one attacker detonated a suicide vest there, though some other news agencies said the explosion might have been caused by grenades thrown by the assailants.

Tasmin news agency said there were unconfirmed reports the attackers had taken four hostages inside the parliament building. Up to seven people died and several others were wounded, it added.

About half an hour later, attackers opened fire at the mausoleum a few kilometers south of the city, wounding several members of the public, Iran's English-language Press TV said.

One attacker detonated a suicide vest, one was killed by security forces and other assailants were arrested, the Governor of Tehran was quoted as saying by IRIB.

"The atmosphere is tense. It is a blow to Rouhani. How can four armed men enter the parliament, where a very tight security has always been in place," said a senior official, who asked not to be named.

Rouhani retained power with a landslide victory over candidates supported by the hardline clergy and the Revolutionary Guards Corps (IRGC), the country's most powerful security force in charge of ensuring national security.

Iranian TV said parliament had resumed, and broadcast footage of what it said was the opening session proceeding normally.

Doctors conclude that Ex-PM Bhattari is not suffering from neuro-endocrine cancer, advise him to undergo immediate surgery
8 hours ago