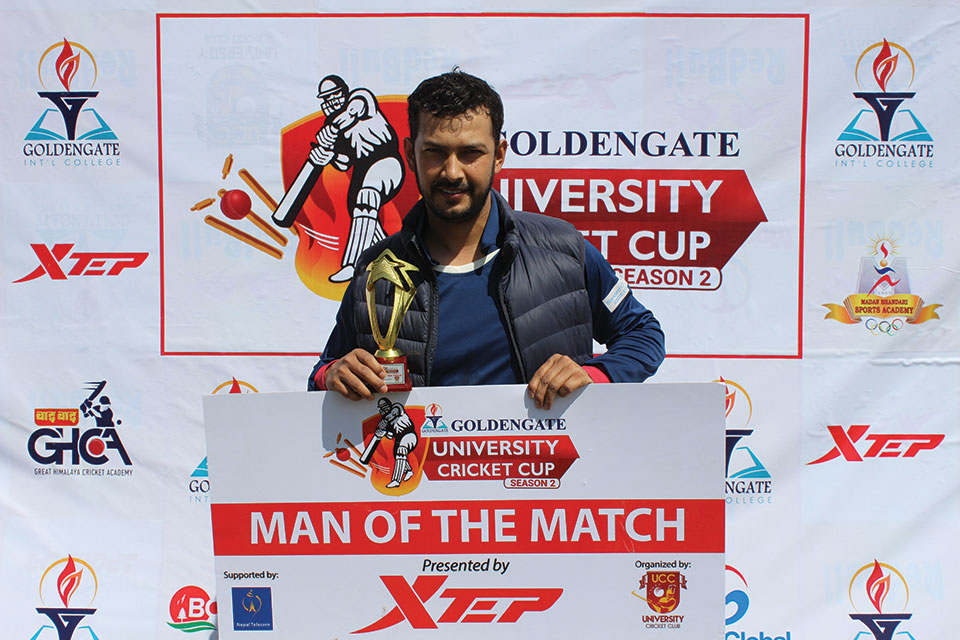 In the semifinal matches played at the TU Cricket Ground in Kirtipur, TU defeated Cosmos College in super over in the first, while DAV beat Golden Gate International College by 11 runs in the second.

In the super over, TU mustered a target of 18 runs as Khakurel hit seven runs and Sonu Tamang added 11 runs in the over which was bowled by Cosmos’ Dipesh Shrestha. In reply, Cosmos failed to chase the target and made only 10 runs comprising of seven runs from Jora and Kushal Bhurtal’s one. They was a wide and a no ball in the over bowled by Ishan Pandey but he managed to defend the score.

Aadil Khan made 27 runs off 25 balls including a boundary and a six, while Sumit Maharjan hit 22 runs off 14 balls comprising of four boundaries for the winning team. For Golden Gate, Santosh Bhatta picked three wickets and Rashid Khan claimed two.

The final between the TU and DAV will be played on Saturday at the TU cricket ground.

STOCKHOLM, May 25: Manchester United's Paul Pogba and Henrikh Mkhitaryan scored a goal in each half as their team comfortably... Read More...