Oli recalls his previous promise as he visits Rasuwa 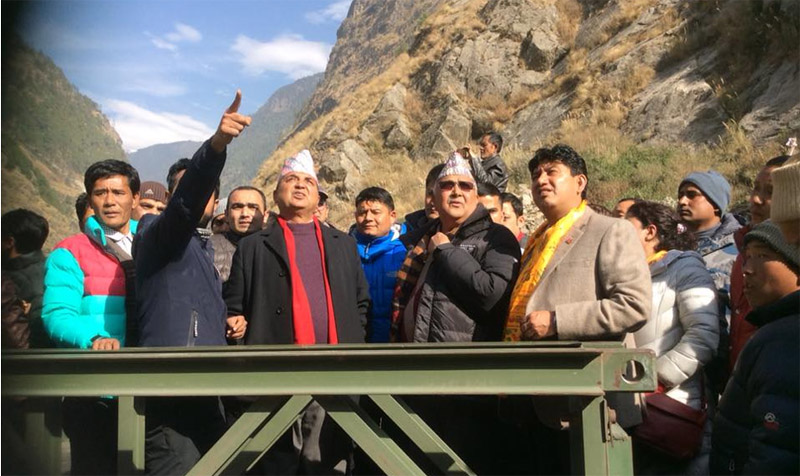 Addressing a program in Timure (Nepali-China border) Oli repeated his plans to expand rail networks in the area. During his tenure as the country’s prime minister, Oli had stressed building trains and ships in Nepal.

As the border was important to ferry goods from China to Nepal, Oli expressed his plans to construct two-lane highway from Galchee to Rasuwagadhi. Nepal Army is currently working on the same.

“This is an important place and it will link Kathmandu, Pokhara and Lumbini by railways,” he said,adding that the connectivity would also help pilgrims willing to Mansarovar with ease. The G-318 highway of China connects Rasuwa to Mansarovar.

Ishwor Pokherel, Bishnu Poudel, Subash Nembang and Shankar Pokharel were also present in the event. Before attending the program, the team had observed the damage of Langtang valley from helicopter.

Oli to address in Federal parliament regarding his China visit