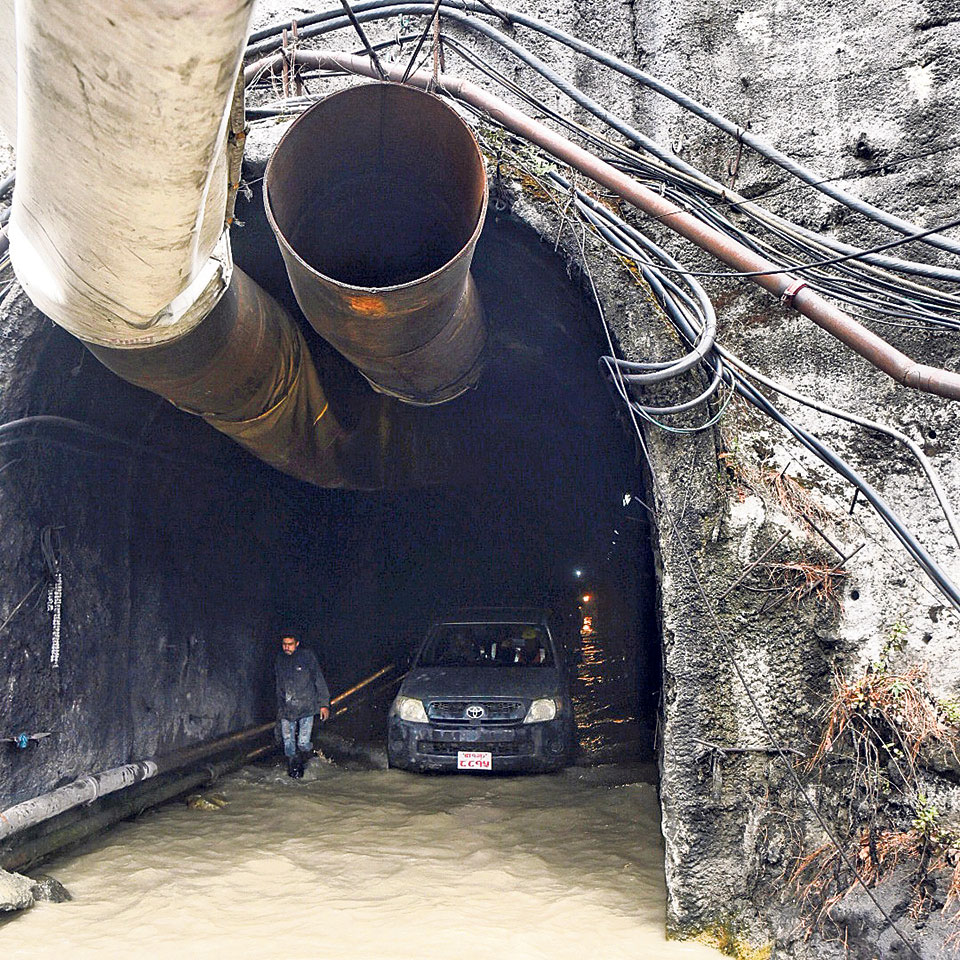 KATHMANDU, June 10: It will take at least six months to bring water from Melamchi to Kathmandu if the Melamchi Water Supply Project (MWSP) awards the remaining tasks to a contractor through a new tender process within the next few weeks.

The tender notice published on May 31 has given a deadline of 15 days to submit bids for the remaining tunnel works. It may take few more weeks to evaluate the bids, according to project officials.

“With the tender notices published to contract out the remaining tasks, it is possible to bring the water to the valley within six months through pipe diversion, after the contractor is mobilized,” said Rajendra Panta, spokesperson of the MWSP.

“But it depends on whether everything goes as planned,” added Panta.

The pipe diversion is a temporary arrangement of pipes to divert water before the headworks is completed.

For the headworks, a separate tender process has been started. It may take at least a year to complete the works after the contractor is mobilized. A month’s time is given starting May 31 to bid tender for the headworks.

With these processes started following a cabinet approval on May 24, hopes for bringing Melamchi water into the valley have gone high. It is expected that the headworks will be completed and the water will reach the valley within the next fiscal year.

Disappointment had loomed large after the government, particularly Minister for Water Supply Bina Magar, dillydallied to take any decision on the fate of the project for months after the Italian contractor CMC Cooperativa Muratori e Cementisti (CMC) di Ravenna walked out of the project in Mid-December. The contract was officially terminated in February.

The estimated cost of the remaining tasks including the tunnel works and headworks is in tune of Rs 2.52 billion. The other tasks of fitting information system along the tunnel, fitting gates at the tunnels among others are being carried out through the same subcontractors of CMC, according to MWSP officials.

The Italian contractor’s abrupt exit drew much controversy and also charges of corruption on the government and bureaucrats that they demanded cuts from the contractor on the payment of the variation of Rs 360 million. The government had then transferred the incumbent Secretary of Ministry of Water Supply Gajendra Thakur on charge of mismanagement of the project.

Water from Melamchi will arrive in mid-April: Minister Chaudhary

KATHMANDU, March 22: Minister for Water Supply, Umakanta Chaudhary has said that work is underway to distribute water from the Melamchi... Read More...

KATHMANDU, Sept 30: After several months of indecision and uncertainty, the government on Sunday signed an agreement with Chinese contractor... Read More...