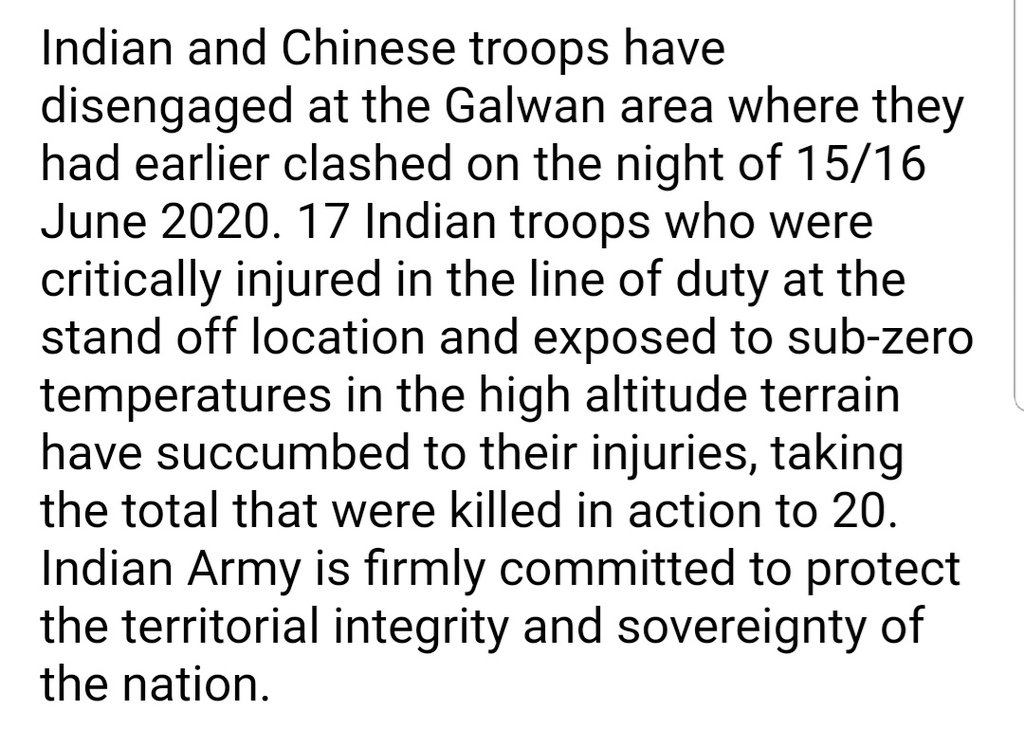 NEW DELHI, June 17: At least 20 Indian soldiers were killed in a clash with Chinese forces in Ladakh in the disputed Kashmir region, Indian Army said on Tuesday.

The incident follows rising tensions, and is the first deadly clash in the border area in at least 45 years, BBC reported.

The Indian army initially said three of its soldiers had been killed, adding that both sides suffered casualties.

But later on Tuesday, officials a number of critically injured soldiers had died of their wounds.

India's Ministry of External Affairs has accused China of breaking an agreement struck the previous week to respect the Line of Actual Control (LAC) in the Galwan Valley.

According to the Indian statement, "a violent face-off happened as a result of an attempt by the Chinese side to unilaterally change the status quo there".

China has yet to confirm any casualties, but accused India in turn of crossing the border onto the Chinese side.

Editorial: Say no to war

There is a real reason to worry for Nepal and the countries in Asia and beyond: China and India look... Read More...

BEIJING, June 17: China and India have agreed to de-escalate the situation at their border as soon as possible following a... Read More...

NEW DELHI, July 25: Indian and Chinese diplomats agreed on Friday to a fast pull back of troops eyeballing each other... Read More...