At least 100 feared dead after boat sinks off Libya coast 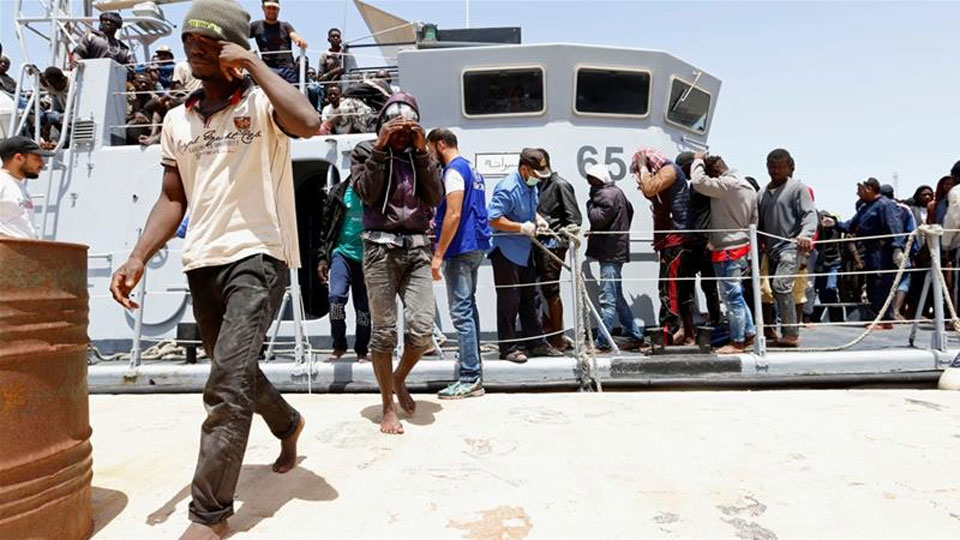 The Libyan coastguard picked up 14 survivors from the boat just east of the capital, Tripoli, an official said on Friday. [Ismail Zitouny/Reuters]

Accident comes as EU leaders reach a deal to handle the influx of migrants and refugees arriving on European shores.

LIBYA, June 30: About 100 migrants and refugees are missing and feared dead after their boat capsized off the coast of Libya, according to the Libyan coastguard.

Libya, with its weak central government and proximity to Italian territory, is increasingly becoming the preferred option for many refugees despite the dangers involved in crossing the Mediterranean Sea.

The Libyan coastguard picked up 16 survivors from the boat just east of the capital, Tripoli, an official said on Friday.

An explosion during the voyage which caused the engine to catch fire is believed to have been the determining factor behind the incident, survivors were quoted as saying by AFP news agency.

"When I saw the number of people on the boat, I refused to get on board, because we had been told that we would be 20 (passengers)," said survivor Amri Swileh, from Yemen.

Showing his bruised arms, the 26-year-old said smugglers threatened to shoot him and forced him onto the boat which was just eight metres long.

"I lost all of my Yemeni friends who were with me. All five of them are missing."

Another survivor, Bakari Badi, said early in the journey a man fell into the water and had to climb back onto the overcrowded craft.

"People were saying to the captain to go back to Libya but by then our engine exploded. So many people were wounded," the 32-year-old Gambian said.

The exact number of migrants aboard the boat at the time of the incident is not known yet but while 15 women were on board the ship, all of the 16 rescued were young men.

Those missing include two babies and three children under the age of 12.

The passengers included several Moroccan families, none of whom survived, as well as Syrians and Sudanese.

The route from Libya through the Mediterranean to Italy and other European Union states drew nearly 120,000 people in 2017.

A boat packed with refugees and migrants sank off the coast of Tunisia in early June killing 112 people.

In February around 90 people drowned after a shipwreck off Libya's western coast.

The International Organization for Migration describes the Mediterranean Sea as the world's deadliest border. Last year, 3,116 people died trying to cross from North Africa to Europe, it said.

The latest development comes as European leaders reached a deal early on Friday to establish "controlled centres" in member states to determine the eligibility for asylum of migrants and refugees who reached Europe.

Following the announcement, the humanitarian group Doctors Without Borders, criticised the European deal on Friday saying, it aims to "block people at the doorstep of Europe".

In the name of Development Aid
15 hours ago

Taliban hang body in public; signal return to past tactics
9 hours ago

Youth attacked with Khukuri outside High Court
7 hours ago

Dead body found at ward office in Golfutar
9 hours ago