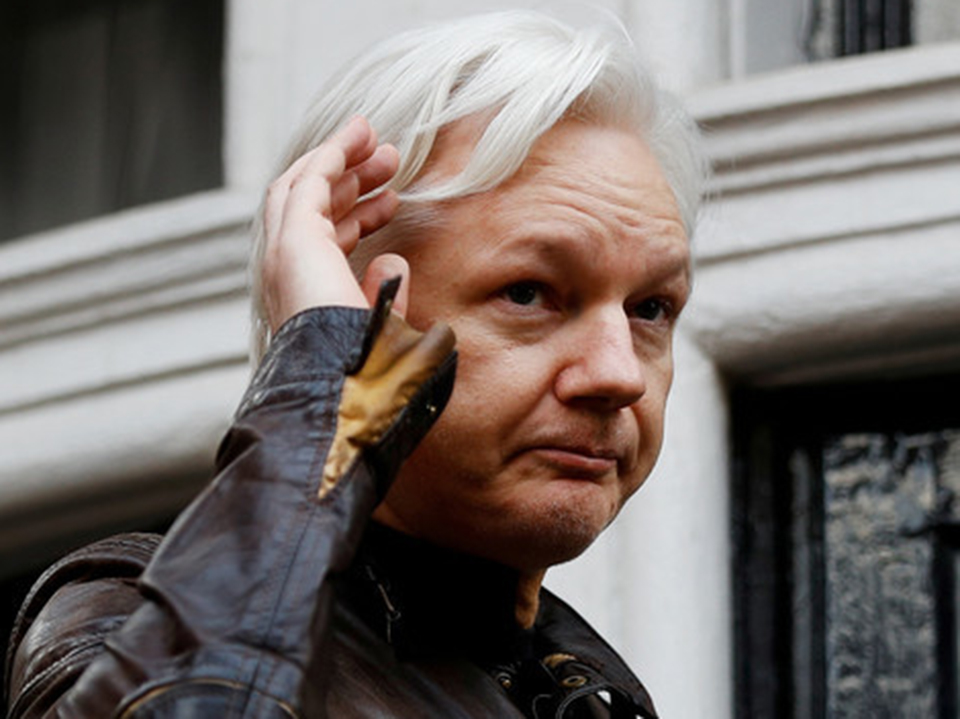 LONDON, Nov 25: Julian Assange’s lawyers have been refused entry to the Ecuadorian embassy, WikiLeaks said in a tweet. The news comes amid fears he may soon be kicked out of the embassy.

WikiLeaks said the Ecuadorian government had refused to give lawyers Aitor Martinez and Jen Robinson access to Assange this weekend. The longtime WikiLeaks editor faces a US court hearing Tuesday and needs to meet with his legal team to prepare, the whistleblowing organization said.

“The hearing is on Tuesday in the national security court complex at Alexandria, Virginia,” WikiLeaks tweeted, adding it is to “remove the secrecy order on the US charges against him.”

A US court document leaked in November finally revealed the US has already placed secret charges on Assange.

Assange has recently been allowed access to visitors again after seven months of being cut off from both the outside world and the internet as a result of his political tweets.

Ecuador announced it was restoring Assange’s communications in October, but this came with conditions restricting his communications and placing visitors under greater scrutiny.

Earlier this week, Ecuador’s President Lenin Moreno terminated the credentials of Ecuador’s London ambassador Abad Ortiz. No explanation was given for the prompt recall, and WikiLeaks contextualized it by tweeting, “All diplomats known to Assange have now been  transferred away from the embassy.”

Assange has been living in the Ecuadorian embassy since he sought asylum there in June 2012. The WikiLeaks editor feared being extradited to Sweden for questioning over sexual assault allegations, where he believed he would then be sent on to the US to face charges for his role in publishing thousands of US government cables leaked by whistleblower Chelsea Manning.

Ecuador's president says Assange tried to use its embassy to spy

Fire breaks out in Fusre of Dharan
22 minutes ago