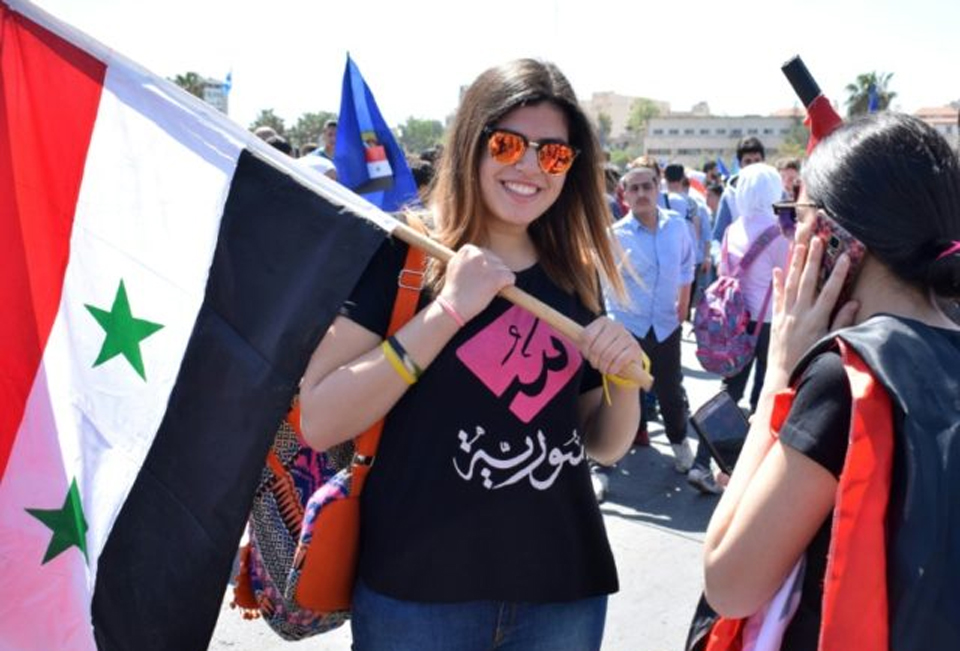 DAMASCUS, April 17: Syrian President Bashar al-Assad’s government claims that “tens of thousands of Syrians” took to the streets in Damascus to celebrate Syrian Independence Day and mark the regime’s “victory” over this weekend’s airstrikes launched by the U.S. and its allies, suggesting the attack failed to dent the country’s chemical weapons program.

Tens of thousands of Syrians gathered at the Umayyad Square in Damascus on Monday to mark the 72nd anniversary of Evacuation Day (Syrian Independence Day, which marks the evacuation of French occupation forces from the country in 1946) and the victories of the Syrian Army on terrorism and the recent tripartite US-British-French aggression on Syria.

The French gained a mandate over Syria after the fall of the Ottoman Empire during World War I. Syrians organized numerous uprisings, including the Great Syrian Revolt in 1925, in attempts to get rid of their French rulers. Syria proclaimed its independence in 1941, but it took French troops five years to evacuate the region, so the country celebrates its freedom on April 17, 1946.

On Saturday, pro-Assad Syrians in the United States showed support for the dictator at an independence rally in Allentown, Pennsylvania, home to one of the largest Syrian communities in America.

Those who attended the U.S.-based demonstration expressed anger towards the strikes against the Assad regime, but “others in Allentown’s Old Syria neighborhood who did not attend the flag-raising say there is fear and a sense of betrayal among some in the Syrian community,” points out AP, adding:

Syrian-Americans have expressed anger at the missile strike on their homeland as they celebrated their country’s independence day at a rally in Pennsylvania.

Although President Donald Trump described the operation as “an enormous success,” the Assad regime is reportedly interpreting the move as a win for Assad, arguing that the limited scope of the strikes — targeting scientific research centers in Damascus — suggest Western nations do not plan to challenge the dictator’s rule.

The extent to which the strikes impacted Assad’s ability to launch more chemical attacks remains unclear.

Moscow claims that Soviet-era weapons shot down about 70 percent (71) of the 103 missiles fired by the United States and its allies, prompting Assad to declare that the strikes demonstrate Russian weapons are superior to the United States ones.

BARA, Dec 13: Police resorted to open four-round of bullets in air after a clash ensued in victory rally of... Read More...

Health ministry projects Nepal’s COVID-19 cases to surpass 600,000 with daily cases of more than 11,000 by next three months
15 hours ago

Remittance inflows up 8.6 percent in first eight month of this fiscal year
21 hours ago