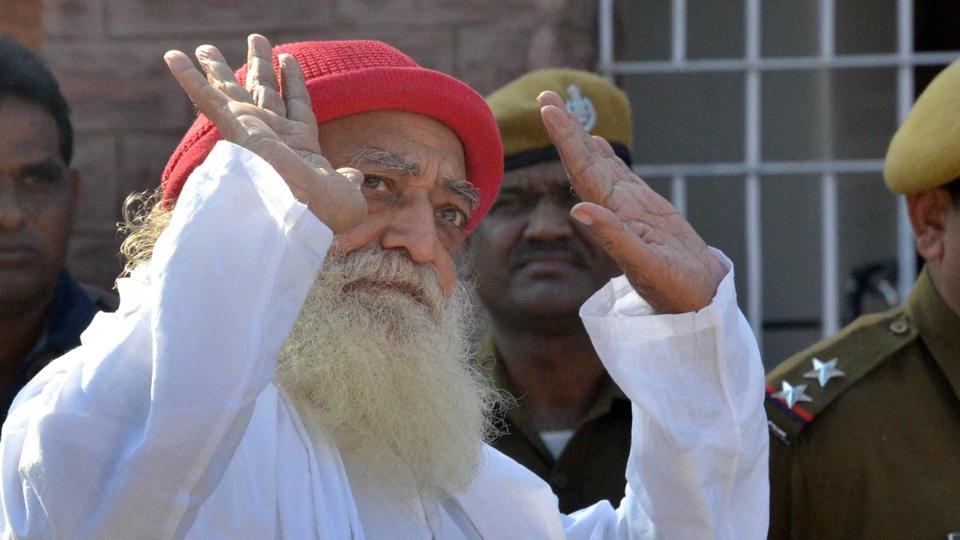 JODHPUR, April 25: A Jodhpur court on Wednesday convicted self-styled godman Asaram of raping a minor girl, dashing the hopes of thousands of followers who claim he is innocent. The special court also convicted two others in the 2013 case amid watertight security, letting off two of his alleged accomplices.

The verdict was delivered in a court room in Jodhpur Central Jail, where Asaram has been lodged for 56 months since his arrest. He was charged with raping a 16-year-old girl from Uttar Pradesh’s Shahajahanpur and arrested in September 2013.

Authorities asked three states to be on alert and imposed prohibitory orders in sensitive areas, anticipating trouble by legions of followers of the influential 77-year-old who runs about 400 ashrams across the country.

On Wednesday morning, judge Madhusudan Sharma reached the Jodhpur court around 8am. And an hour later, he and his staff shifted to a courtroom on the jail premises, before delivering the order around 10:40am.

The special court on April 7 reserved its judgment for April 25 after the final arguments that stretched for over five months. The state had appealed in the high court that the verdict be pronounced in the jail premises to prevent any breach of peace.

“This is a historic verdict for criminal jurisprudence. The truth has won. It shows that if the law works impartially, even persons from the weakest sections of the society can take on the most influential ones and get justice,” said Ajay Pal Lamba, the IPS officer who supervised the investigation into the case.

On Tuesday, the Union home ministry told Rajasthan, Gujarat and Haryana to take steps to prevent a repeat of the large-scale violence that singed Haryana and Punjab after the conviction of another self-styled godman, Gurmeet Ram Rahim, in a rape case last August.

Asaram has a large support base in Rajasthan, Haryana and Gujarat, where he has been booked in a similar case.

Two Surat-based sisters, who stayed at Asaram’s ashram in Gujarat between 1997 and 2006, lodged separate cases against Asaram and his son, Narayan Sai, accusing them of repeated rape and illegal confinement, among other charges.

As trials in these cases progressed, three key witnesses died and other witnesses and families of victims were attacked or received death threats.

RAUTAHAT, May 20: The District Court of Rautahat has announced 52 years jail term to a man for raping and killing... Read More...

GAIGHAT, Oct 27: District Court, Udayapur has sentenced a man to 22 years in jail along with a fine of... Read More...