As witty as can be 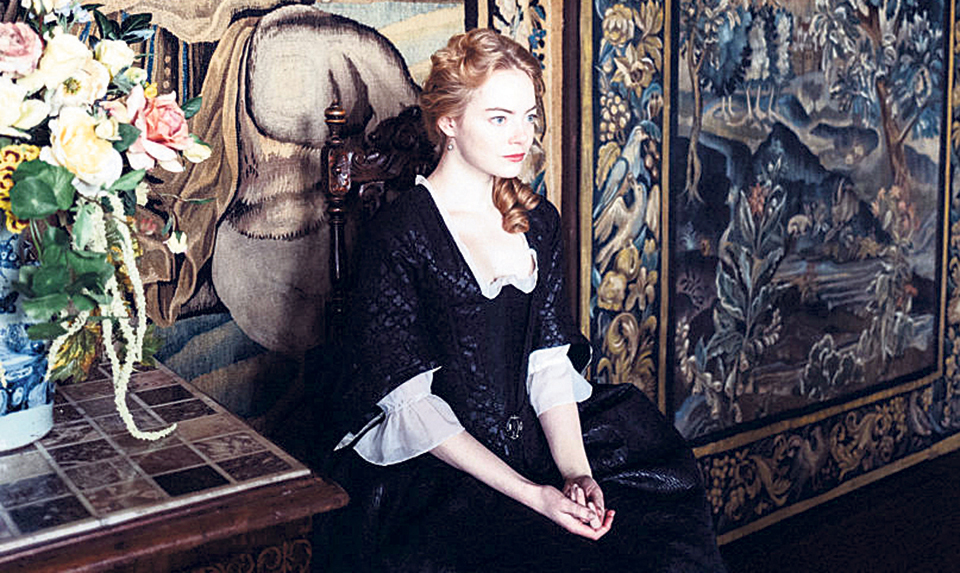 Now that Bong Joon Ho with his “Parasite” win has finally displaced the Hollywood dynamics, there is another foreign director who deserves audiences’ attention and appreciation and that is Yorgos Lanthimos. This Greek director is truly a master in storytelling as well as making films that are eerie yet fascinating at the same time. I happened to watch Lanthimos’ “The Lobster” by accident on HBO and its absurdist, black comedy, absolutely weird premise mesmerized me and since then I’ve been passionately following Lanthimos’ works.

This review, however, is of his more recent film, “The Favorite”. The film came out in 2018 and was an instant hit among critics and bagged several awards (Lanthimos is yet to bag the ‘best director’ award but I’m pretty sure he will soon). With The Favorite, Lanthimos has surpassed his limits, taking the absurdist, eerie elements of his previous films an adding more details to it.

The Favorite is a beautiful film. As the film is basically a period black comedy, it features the extravagance of old British estates with its magnificent architecture and design. Be it the detailly carved classical furniture,  the wonderful green of the elaborate gardens or the walls filled with classical paintings, the visuals are wonderfully shot and done and play an important role in carrying the films to where it stands.

The year is 1704 and England is at war with France. Queen Anne (played by Olivia Colman)  is this moody, erratic, emotionally torn woman who just isn’t fit to run the country. Her adviser and friend (also secret lover) Sarah Churchill (played by Racheal Weisz) is basically running the country behind the curtains. Everything seems to be going well for Sarah—she has the Queen in her palms and is a powerful and influential figure in the royal household as well as England. That is, of course, until Churchill’s cousin Abagail Masham (Emma Stone) comes to the estate and changes the entire powerplay of the place.

The Favorite, in its root core, is about power. Though the film is limited to the actions of the three women—the Queen, Sarah, and Abagail—and there is no direct fighting or war between them, the betrayals, cunningness and the lust for power are no less than what goes on in the battleground. Here, instead of downright calling each other out, the messages and threats are inferred under seemingly harmless conversations about rabbits and guns.

At the beginning of the film, Anne is completely dependent on Churchill, both for political as well as emotional support. Churchill, thinking Abagail is too naive and innocent, decides to make Abagail her maid. But little does she know that Abagail, beneath her seemingly pure “niceness”, is perhaps even more cunning than Sarah herself and eventually charms her way into Anne’s heart by first, being very nice to her and feeding her emotional trauma and second, by literally seducing her.

However, one thing to note is that though Sarah and Abagail are beautiful, smart women capable of rising up the ranks with their intuitiveness and cunningness, on top of the power hierarchy is frail and extremely gullible Anne. It is a known fact that they themselves can never be queen and it’s extremely important for them to be in favor of Anne if they were to thrive. “Favor is a breeze that shifts direction all the time,” says Harley, the opposition party leader to Abagail, hinting to her that rising up the ranks is fairly easy than what one has to do to maintain the favor.

It is known from early on that Sarah is already fed up of Anne’s mood swings and inability to be a proper queen and so her actions towards Anne is seen to shift back and forth from contempt to love. And this is why eventually Abagail is able to dethrone Sarah as Anne’s favorite. However, as soon as Abagail holds total power, we see a first-hand glimpse of her original motive, shown brilliantly by how she tries to crush Anne’s rabbit right in front of her (Anne considers the rabbits to be her dead children).

The dialogue in the film is written so cleverly and wittily that it has the capability of carrying the film if everything else were to stripped away from it. The characters speak short, witty, intelligent sentences dripping of sarcasm and hidden meanings and it seems relevant and much like how we speak now (we all know how difficult and draining dialogues can be in period films).

The Favorite is truly absurdist in its core. Rather than being a subtle period drama, it focuses more on the preposterous extravagances of those times—the elaborate wigs and powdered, weird lipstick makeup are purposely overdone to emphasize this fact. Though the film is based on the happenings of the 18th century, it feels incredibly modern (in its dialogue and cinematography) and has this wonderfully out-of-place, weird but fascinating feel to it which is quintessential Lanthimos.

Every once in a while we come across a show that sweeps us off our feet and it’s nothing short... Read More...

Manjushree Thapa is a writer of all seasons on Nepal. She is back into the leading literary space of South... Read More...

Our government was overthrown with the help of reactionaries: Oli
15 hours ago
Finance Minister Sharma looks to announce new budget for FY 2021/22
13 hours ago