As TikTok videos take hold with teens, parents scramble to keep up 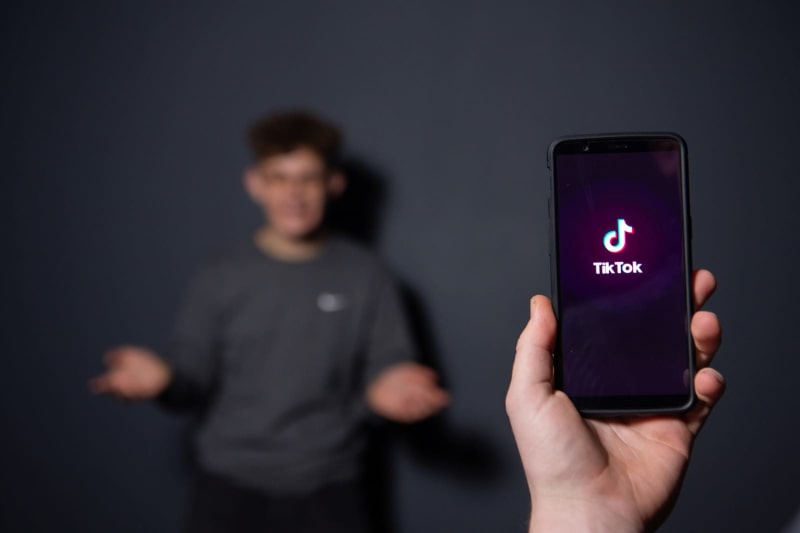 Millions of teenagers seeking their 15 seconds of fame are flocking to TikTok, but many of their parents are only now learning about the express-yourself video app—often to their dismay.

The social network became the most downloaded on Apple's App Store in the first half of this year according to market analysis firm Sensor Tower, beating out titans like Facebook, Instagram and Snapchat.

The site, owned by China's ByteDance, boasted 500 million users as of June following its purchase last year of Musical.ly, which greatly expanded its reach in the US.

Analysts say it filled the void left by Vine, which introduced countless numbers of teens to the creative possibilities of ultrashort videos but failed to find a sustainable business model.

"TikTok capitalises on short-term creative content that other platforms don't encourage, by their design and community," said Brian Solis at the US tech advisory firm Altimeter.

"If there is one thing Silicon Valley can learn from Chinese app development, it's that it is tuned in to viral-as-a-service, meaning that their most popular apps have really been about making content and personas viral and also hyper-engaged," he said.

Yet critics say its surging popularity among young girls in particular exposes them to caustic comments and other potential abuse by their peers, while offering a choice hunting ground for sexual predators.

The app itself promises a video-sharing community that's "raw, real and without boundaries" and claims to be appropriate for children aged 12 and older.

Parents aren't always convinced, given the numbers of young girls suggestively singing along to sexually explicit lyrics which are often degrading to women.

Such videos are the stock in trade of Halia Beamer, an American 13-year-old who has emerged as one of TikTok's stars, chalking up more than five million followers.

Media reports have documented cases of users being bombarded with disturbing comments, while others have been asked for private contact details or to post provocative images.

Last summer the Indonesian government banned the app after more than 170,000 people signed a petition saying that lip-syncing in revealing outfits was not suitable for children.

The US internet watchdog Common Sense says the combination of mature content and privacy risks means users should be at least 16.

"Because the age limit is so low, you attract a greater assortment of dangerous characters, and users lying about their age," Solis said.

But raising the age limit would remove millions of people from the platform, and curb TikTok's exponential growth.

In France for example, 38 percent of youths aged 11 to 14 have a TikTok account according to Generation Numerique, which tracks internet usage.

Girls are by far the majority among French pre-teens, with 58 percent saying they have an account compared with just 15 percent for boys.

French police warned parents last month about the dangers, saying their teens "may be targeted by indecent sexual proposals".

ByteDance, whose app is called Douyin in China, says it works extensively to protect its users, with software that monitors content and "a continually growing team of moderators".

But Di Palma says many parents are still unaware of the risks, "and are astonished to see their little angels in poses inappropriate for their age."

The effects of early exposure to social media are so new that "parents, educators, even doctors... are either under-qualified or completely ignorant in the face of the need to guide a young generation in the dangers and possibilities of these new technologies," Solis said.

William Soally, a French father whose 12-year-old daughter is a dance fan, took action after seeing alerts about TikTok among YouTube users.

"I talked about it with my daughter and we decided to remove the app from her phone," Soally, 35, told AFP, acknowledging the move had initially provoked tears and worries about "a loss of social status".

"The solution has to come from parents, who need to understand that the internet is not a world of Care Bears," he added, referring to the 1980s cartoon characters.

TikTok, a new social networking app, has taken by India by storm. The 15-second video sharing network is also quite... Read More...