KATHMANDU, May 11: Dibesh Pokhrel, stage name Arthur Gunn, 21, originally from Nepal, has made it to the top seven of the American Idol 2020. He was selected as a top seven contestant after the online voting result was announced Sunday night.

During the episode of “American Idol,” on Sunday, host Ryan Seacrest announced that Arthur Gunn was one of the Top 7 contestants still in the running to join the reality TV show’s iconic winners list.

Arthur performed “Kiss the Girl” (“The Little Mermaid”) from home in Murrieta, California as viewers and judges Katy Perry, Luke Bryan and Lionel Richie watched remotely from locations around the country.

Arthur previously sang “Have You Ever Seen The Rain” at his initial audition, “Is This Love” in the Hawaii showcase round, “Lovin’ Machine” in the Top 20 and “Take Me Home, Country Roads” in the Top 11. 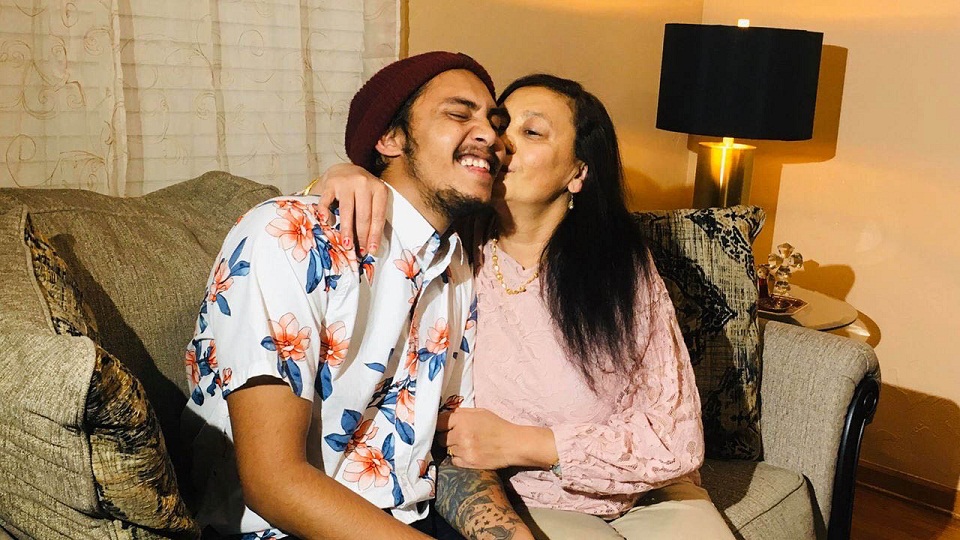 Arthur with his mother.

(With inputs from American news portals.)

Arthur sang Bob Marley's 'I wanna Love you' in the latest episode where not only the judges but the audience... Read More...