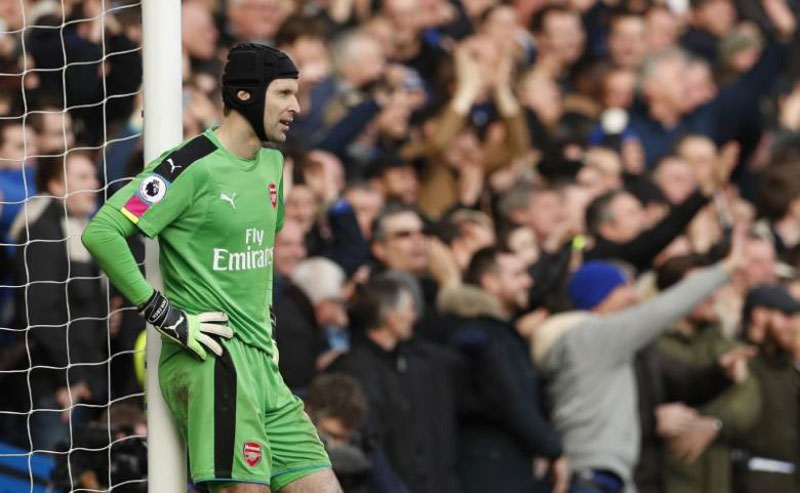 Arsenal's season will end as a "big disappointment" if they fail to finish in the Premier League top-four and secure Champions League qualification, goalkeeper Petr Cech has said.

The North London side booked a spot in their third FA Cup final in four years after defeating Manchester City 2-1 at Wembley on Sunday.

Cech, however, urged his Arsenal side to focus on the league where they trail the top-four by seven points ahead of their Wednesday fixture against Leicester City at the Emirates.

"Our target is to finish as high as possible. If we don't qualify for the Champions League, it will be a big disappointment," Cech told the British media.

"We're going to be under pressure in every game now because of the league position we are in - there's no option but to win.

"The FA Cup is at the end of the season so there's a lot to happen before we play that game."

The 34-year-old goalkeeper said Arsenal proved they do not lack leaders in their team by rallying from a goal down to beat Manchester City last weekend.

Arsene Wenger's side had only picked up three wins out of eight games in all competitions before the Wembley victory.

"I think it's easy to hide behind 'oh they lack leaders but they have leaders'. You need to see behind the scenes how well the team works and how we operate," he added.

"We had a difficult period where the team was losing... obviously you come to the situation where you play under pressure and need to find a way out."