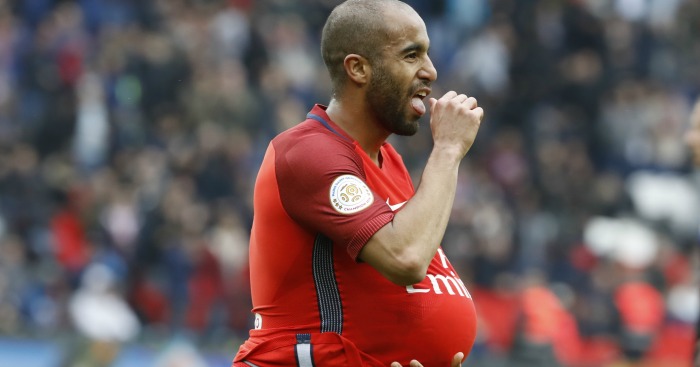 Arsenal are set to compete with Manchester United for a Ligue 1 winger, according to reports.

The Gunners are eyeing up a move for Paris Saint-Germain forward Lucas Moura before the end of the month, according to ESPN FC.

Lucas is reportedly keen on securing a move away from PSG this month as he looks for first team football.

The 25-year-old has played only 75 minutes of Ligue 1 football so far this campaign, after struggling to force his way past the likes Neymar, Julian Draxler, Kylian Mbappe and Angel Di Maria in the PSG starting XI.

Moura has been strongly linked with both United and Liverpool, as the two Premier League heavyweights look to strengthen their attacking options, but L’Equipe claimed this week that Spurs have held negotiations over an initial loan deal with a view to a permanent transfer.

The Brazilian did admit that he will likely depart this month following PSG’s win over Nantes last weekend.

“Is there a chance that I stay this winter? I do not think so,” Lucas said. “With what the coach has said, it looks like this is the end of my Paris story.

“I have offers but I cannot talk about them. I like English football very much, it is truly one of the best leagues in the world.”

Seven-story modern library to be built in Jamal
52 minutes ago
CAAN operating with acting DG, many in line to be appointed as its DG
1 hour ago