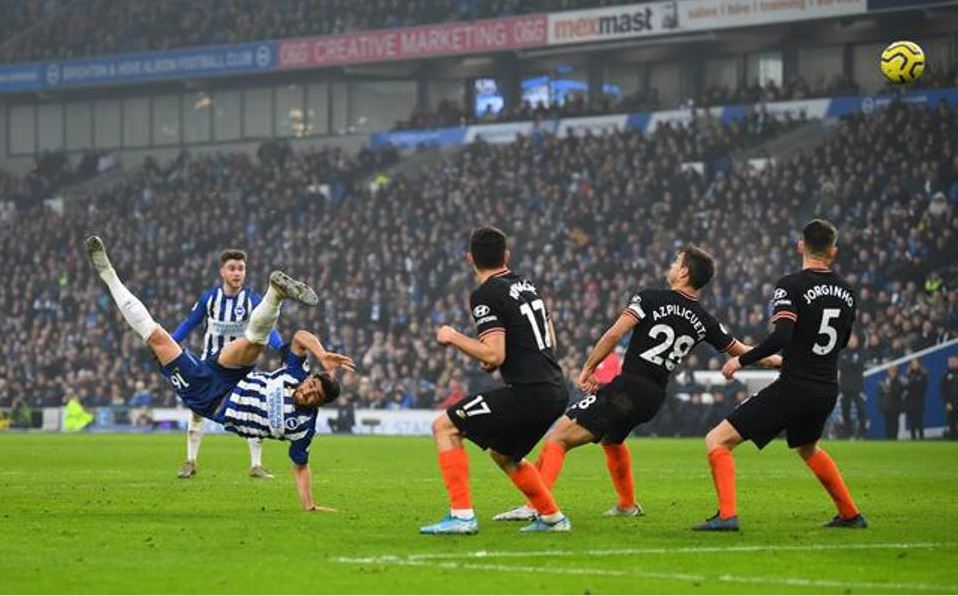 MANCHESTER, Jan 2: Arsenal showed signs they can excel under coach Mikel Arteta with an impressive 2-0 win at home to Manchester United in the Premier League on Wednesday while Southampton sunk Tottenham Hotspur 1-0 and Chelsea were held 1-1 at Brighton & Hove Albion.

Nicolas Pepe was in inspired form as he gave Arsenal an early lead and Sokratis made it 2-0 before halftime, galvanising the home fans who finally had something to shout about following a miserable run by their standards.

Third-placed Manchester City secured a 2-1 victory over Everton, while David Moyes’ West Ham United reign got under way with a 4-0 hammering of Bournemouth.

Spurs have suffered from inconsistency after an early bounce under under Jose Mourinho and their loss at St Mary’s to a Danny Ings strike further derailed their push for a top-four finish, while their problems mounted with Harry Kane limping off injured.

Days after a laboured showing in a 2-2 draw at bottom side Norwich City, Spurs could not find a way back into the game after Ings’ goal in the 17th minute.

Kane thought he had equalised late in the second half, but he was adjudged to be offside. The England captain then hobbled off, seemingly with a hamstring injury.

GOAL OF THE SEASON CONTENDER

Chelsea have also struggled for consistency over the festive period.

Cesar Azpilicueta celebrated his 100th start as Chelsea captain with a 10th-minute strike and the visitors held on to that lead until the 84th minute, with Iranian Jahanbakhsh coming off the bench to spectacularly earn his side a point, firing home an incredible overhead kick.

“When I saw the ball, I just tried to hit it as hard as I could and the bicycle kick was the only option,” he said. “I’m going to watch it a couple more times.”

The result helped Brighton end a run of nine straight league defeats by Chelsea stretching back to 1983.

Leicester City recorded a comfortable 3-0 victory at Newcastle United — their second away win in as many games.

Former Newcastle forward Ayoze Perez got the ball rolling before a stunning strike from James Maddison made it two before halftime while Hamza Choudhury rounded off a fine victory for Leicester, who closed the gap with leaders Liverpool to 10 points.

It took until the 51st minute for City to click into gear as Gabriel Jesus scored two goals in seven minutes to put his side 2-0 up.

A mistake from stand-in City goalkeeper Claudio Bravo allowed Richarlison to score but City held on for the win.

Moyes enjoyed a flying start on his return to the West Ham helm, with a Mark Noble double helping the Hammers to thrash Bournemouth at London Stadium.

The result allowed West Ham to climb above Bournemouth, who are now in the bottom three having won one of their last 10 league games.

Watford continued their resurgence under new manager Nigel Pearson as they made it three wins from their last four games with a hard-fought 2-1 victory over Wolverhampton Wanderers.

Aston Villa earned just their second away win of the season with a 2-1 success at Burnley, who have now lost six of their last eight games.

Why did the people of Dharan elect independent Sampang as their mayor?
23 minutes ago