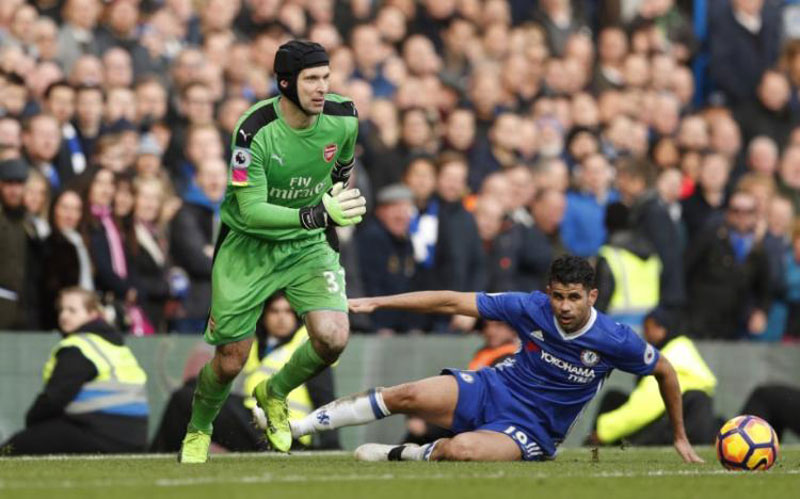 LONDON, Nov 17: Arsenal must win an “electric” north London derby against Tottenham Hotspur to issue a statement of intent to both their local rivals and other top-four contenders, goalkeeper Petr Cech has said ahead of Saturday’s Premier League clash.

Arsenal last beat Tottenham in a 2015 League Cup tie but have failed to register a league win over their neighbours since 2014, drawing four and losing two of the last six league meetings between the sides.

As Tottenham have risen to prominence over recent years, the derby has become more closely contested and Cech has backed his team mates to get a meaningful victory for everyone at the Emirates outfit.

”With the atmosphere and the electricity in the crowd...,“ Cech told the club’s website. (www.arsenal.com) ”You need to win a game like this and not only because it’s a derby, but because it’s a rival that challenges us for a top-four spot.

”You need to make sure in these types of games that you get all three points.

“It means so much to everybody... That’s a little bit of extra pressure on players as well and I think it’s the kind of situation where your performance usually rises... The atmosphere makes it more special to players as well.”

Arsenal are sixth in the standings, four points behind third-placed Tottenham and 12 behind leaders Manchester City, with six wins in 11 league games.

Govt, ASDP and NACCFL sign deal for capacity buildings of cooperatives in Karnali
41 minutes ago