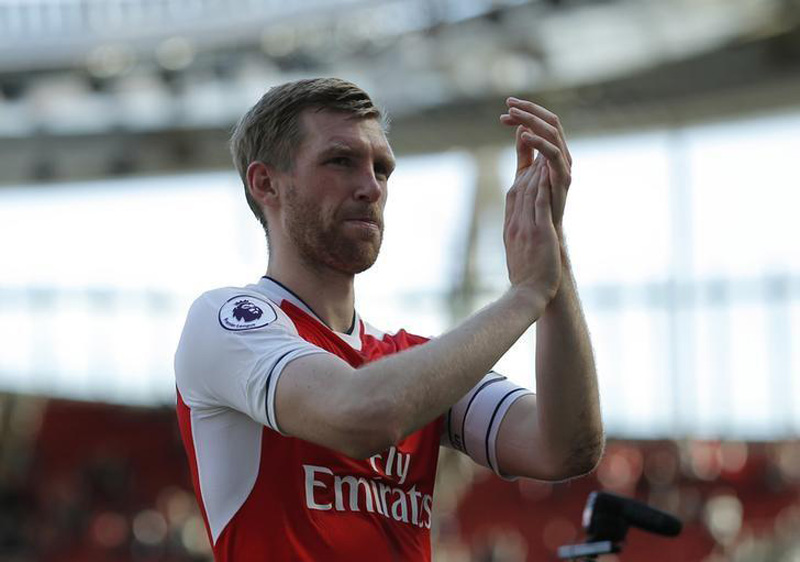 Arsenal captain Per Mertesacker will become the club's academy manager at the end of the 2017-18 season, the Premier League club announced on Friday.

The former Germany international, who joined Arsenal from Werder Bremen in 2011, will continue to be a part of Arsene Wenger's squad next season but will also develop his knowledge and understanding of the club's youth setup.

“This is the start of an exciting new chapter for me and I am delighted that I will be able to stay part of the Arsenal family," Mertesacker said in a statement.

"This season I will remain fully focused on my job with the team and am looking forward to a successful last season on the pitch.

"After that, I look forward to the exciting challenge of helping produce young players good enough to play for the Arsenal first team."

In the interim the academy will be led by Luke Hobbs, who took over the position after the departure of Andries Jonker to Vfl Wolfsburg earlier this year.

Arsenal, who finished fifth in the league last season, will host Leicester in the opening game of the season on Aug. 11.