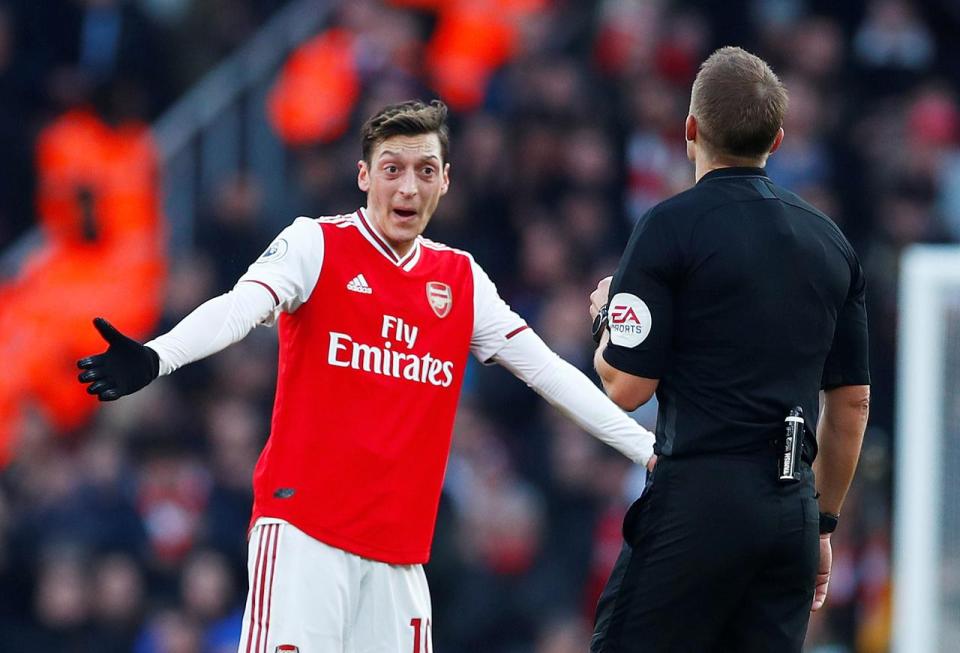 LONDON, Dec 30: Arsenal’s misfiring Mesut Ozil got a boost on Sunday from their new manager Mikel Arteta who expressed confidence in the way the German playmaker was training and performing on the pitch.

The 31-year-old, the club’s most expensive player on a reported 350,000 pounds ($458,185.00) a week, was booed off when substituted in a 3-0 loss to Manchester City two weeks ago and threw down his gloves in frustration as he left the pitch.

But when Ozil was replaced on Sunday after 76 minutes with Arsenal 1-0 up against London rivals Chelsea - who went on to snatch victory with two late goals - he was given a raucous standing ovation at The Emirates.

“I put him in the team if I see every day that his attitude, his desire and his understanding of what we’re trying to do is there and he has the will,” Arteta told reporters.

The former Germany international was often left out of the team and sometimes failed to even make the bench under previous manager Unai Emery, leading to frequent speculation that his services were no longer required at the north London club.

However, on Sunday Ozil had one of his best games of an otherwise miserable season in which he has provided just one assist in 10 Premier League appearances.

He helped create numerous attacking moves until his late substitution, something Arteta appeared to appreciate.

“I am hoping that he can sustain that level every three or four days. He’s put in everything he has to try to do that. I think his numbers physically have improved so much, and he’s willing - that’s what I see every day in training,” he said.

“I know the ability, I know the player we have there.”

Arteta also suggested he was happy to consider picking his team formations to bring out the best in Ozil.

“The structure has to help him for him to be able to take everything that he has inside,” said the Spaniard. “He needs the team to play in a certain way to facilitate and take his strengths more and more in the game. That’s what we are trying to do.”

But the manager showed he was prepared to wield the stick as well as the carrot and would happily leave his 2014 World Cup-winner on the sidelines if he lets his performance slip.

“If he’s in a better moment than somebody else, I will pick him. The moment that this changes, then he won’t play,” he said.

London, Jan 10: Arsenal manager Mikel Arteta does not expect the club to make any major signings in the January transfer... Read More...