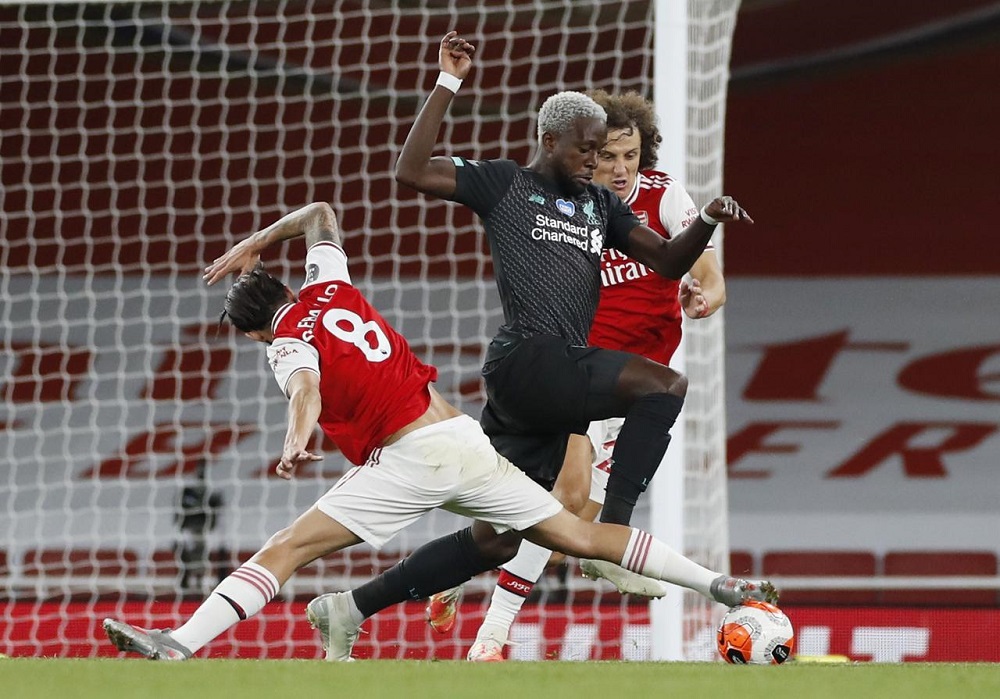 LONDON, July 16:  Arsenal capitalised on shocking errors from Liverpool’s Virgil van Dijk and Alisson to beat the champions 2-1 at The Emirates on Wednesday and end their hopes of a record points tally for the Premier League season.

The loss means Liverpool, on 93 points, can now only stretch that tally to 99, one short of Manchester City’s record. Arsenal’s first win against Liverpool since April 2015 lifts them one place to ninth in the table on 53 points.

The visitors created all the early pressure and opened the scoring in the 20th minute when Sadio Mane lashed in his 17th goal of the season from close range.

Yet the home side, playing without their leading scorer Pierre-Emerick Aubameyang, were handed a free pass back into the game 12 minutes later when Van Dijk made a back pass straight into the path of Arsenal striker Alexandre Lacazette.

The Frenchman calmly rounded defender Fabinho and keeper Alisson and fired into an empty net.

A second moment of calamitous work at the back from Liverpool then gifted the lead to Arsenal before the break, when Alisson attempted a chipped ball out to Robertson that Lacazette ran onto and pulled back to Reiss Nelson.

The 20-year-old turned and shaped his shot beyond the diving keeper into the bottom left corner.

“Twice, a massive lack of concentration... These two moments killed the game for us,” said Liverpool manager Juergen Klopp, whose side suffered only their third league defeat of the season.

“Arsenal had no real chances... You cannot win football games when you concede goals like this.”

Arsenal boss Mikel Arteta had left Aubameyang on the bench, most likely with one eye on Saturday’s FA Cup semi-final against Manchester City, which may now be the Gunners’ best chance of securing European football next season.

Yet as Liverpool poured forward after the break and created numerous chances, the best of which from Salah was palmed over the bar at the last second by keeper Emiliano Martinez, Arteta responded.

He shored up his side with a triple substitution, bringing off both his goalscorers and Lucas Torreira and replacing them with Aubameyang, Dani Ceballos and Joe Willock.

Klopp then took off Firmino and brought on Takumi Minamino, who had an almost immediate shout for a penalty after coming into contact with Kieran Tierney in front of the Arsenal goal.

The visitors kept up the pressure but despite at times driving almost the entire Arsenal team back into their own penalty area, they were unable to find a way through.

“In terms of energy and happiness in the dressing room before the (FA Cup) semi-final, it’s a good medicine,” Arteta said.

“To beat this team you have to have moments in the game when you take your chances, defend and have a bit of luck.”

Arsenal produced a stunning fightback after a woeful first-half display to overturn a two-goal deficit against Liverpool but were denied... Read More...