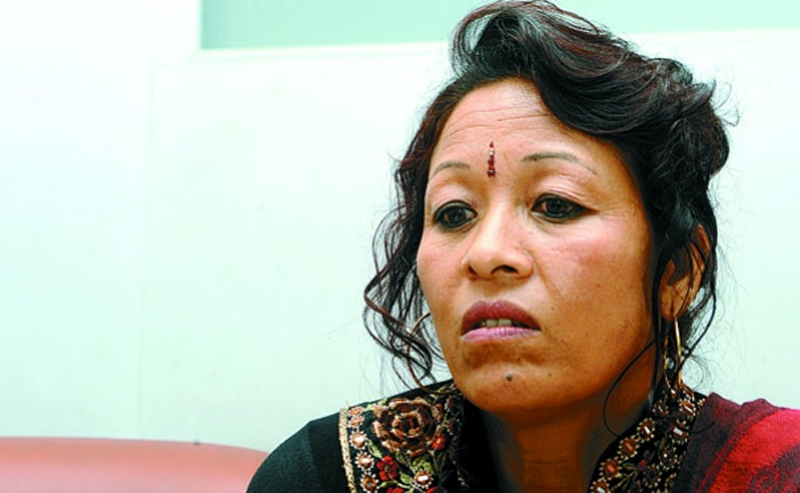 KATHMANDU, Nov 5: The recent arrest of absconding Maoist leader Balkrishna Dhungel, after eight years of being convicted of murdering Ujjan Kumar Shrestha of Okhaldhunga, brought tears to the eyes of the octogenarian parents of the deceased.

Now in their twilight years, late Ujjain's 87-year-old father Rameshwar Shrestha and 84-year-old mother Ram Kumari were worried that they would have to die without seeing the culprit being punished when the police showed reluctance to arrest the convict.

“Our father used to cry saying that he would die without seeing the murderer of his son being jailed. Although I tried to comfort our father saying that he (Dhungel) was living a life like a prisoner even outside the bars,  I myself was worried whether my father would be able to see him jailed or not,” said Ujjan's sister Sabitri Shrestha, who fought for justice for over a decade after the murder of her two brothers by a group of Maoists led by Dhungel.

“I only believed the news of Dhungel's arrest after verifying the report from television footage,” she quoted her father as saying upon being informed via telephone.
“Now our father is quite pleased to see the culprit behind the bars,” she added.

Dhungel was arrested during Sabitri's birthday. He was on the run for eight years after the apex court convicted him in absentia of murdering Ujjan in Okhaldhunga in 1998.

After hearing about the success of Sabitri's struggle for justice, Gangamaya Adhikari, who is in fast-unto-death since four years demanding punishment for the murderers of her son, also reportedly expressed hope of justice on Saturday.

“I met with Gangamaya today and she also expressed hope of getting justice following the success of my years-long struggle,” Sabitir told Republica.

Her elder brother Ganesh Kumar Shrestha, who initially fielded a complaint at the Okhaldhunga District Court about the murder of Ujjan, was also killed.

“Some people called me from inside the country and also from abroad asking me to stay safe. They cautioned me to remain alert,” she told Republica on Saturday, adding, “But I don't think I am at any risk because I have not caused injustice to anyone. My demand was for implementation of the court verdict. Anyone will seek justice if their brother is killed.”

Sabitri is still worried whether Dhungel would be release without serving his full sentence of 12 years and five months.

“I am still worried that criminals would be released from jail without serving their sentence due to political backing. Not only in my case, I have seen cases of political leaders and parties giving cover to the criminals,” she said. Sabitri has urged political parties and leaders not to protect criminals under any pretext.

Recalling her struggle for justice, she said that she not only had to fight against the murderers of two of her brothers but also against the state and political parties for eight years to implement the court verdict.

“It isn't a political issue but a murder, which is a criminal offense and the Maoists do not need to back Dhungel in this case,” she claimed. Maoists have been claiming that it was a political case during the insurgency era.

“Now I will fight to recover our property seized by the Maoists, and compensation for our destroyed property. The murder case of my elder brother is still sub-judice at the Supreme Court.  I have to work for delivering justice to his family too,” Sabitri shared.